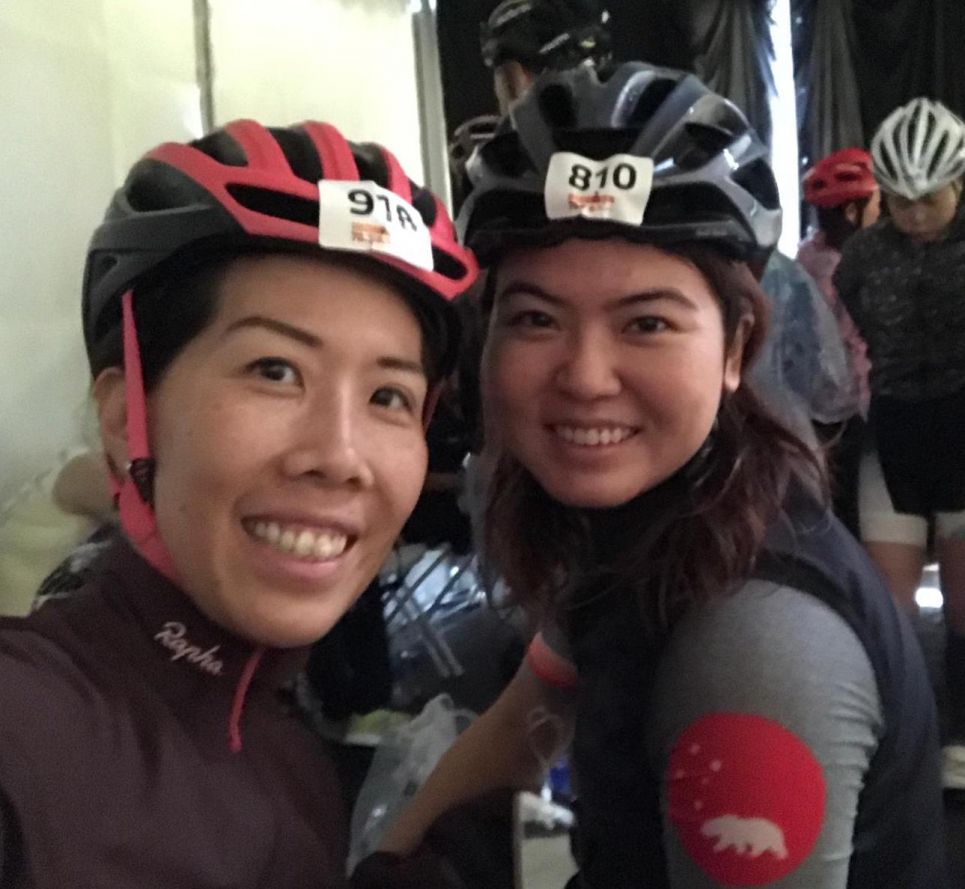 70.3 China Xi'an Race Report: Shall we swim on the bike course?

Just the two of us….

We can make it if we try…

Just the two of us…

You'd think that after Korea, Grace and Lisa would be two lonely Tritons venturing into a new virgin race, but in fact, the entire China Xi'an 70.3 Ironman was packed full of people (just for them, that's right… exclusivity at its finest). 2200 policeman, 300 student volunteers and handfuls of staff were on site supporting 560 racers. A ratio of almost 5.5 support : 1 racer. Wow. Definitely not short of fanfare, cheering, and energy.

Xi'an is a fantastic host city. The roads are flat, wide, and mostly smooth (even with reserved bike lanes, although you have people and motorbikes going and coming in all directions). The food is local and somewhat spicy (being further North of Shanghai). But it's the people that brought the whole race experience alive. The hotel staff, the bus drivers, the student volunteers, and the locals all embraced this strange collection of athletes with their giant rolling bike bags and tight clothing as they invaded the city over the mid-Autumn Festival weekend. The volunteers were incredibly helpful, kind and on-the-ball, holding umbrellas for racers as they hung transition bags, offering bread to Grace when she asked where she bought it from, and making sure everyone had the right responses to the numerous badgering race questions that the girls asked given the challenging conditions and swim cancellations!

The weather in Xi'an during this time of year is normally warm and just bridging into Autumn from Summer, although the river could be slightly cooler as it comes from the North (so bring wetsuits just in case). The previous weekend yielded 30 degrees Celsius weather, so you can imagine the disappointment when Grace and Lisa saw the forecast for a gloomy weekend of rain and cold. Have no fear though! Forecasts are merely based on probability, not surety. So forward ho they went, but strategically packed jackets and rain gear. Just in case.

The race hotel is a relatively local, but large and comfortable building in the middle of the main economical park.  It has a pool, a steamy sauna, amazing food (dumplings, yummy fried rice, and fresh veggies), delicious room service (like candied apple fritters and hot soup to warm the belly after a cold, wet bag drop to T1 and T2), a children’s play area, an abundant breakfast buffet, and staff that catered to Grace and Lisa’s twenty calls a day.

One of the amazing outcomes of having a low participation rate race is the constant availability of space on shuttles. Grace and Lisa managed to snag 2 seats on the outbound shuttle from the airport without having booked ahead of time (like who does that when you know booking space on the airplane is already challenging enough?). They also managed to get space on empty shuttles when no one else in their right mind was riding in heavy rain Saturday morning back from the Expo (it's because they got lost and couldn't find the course and gave up, but Grace was still extremely grateful that they did a reconnaissance ride regardless to test riding in the rain). They were also kindly offered space in a shuttle that was meant for the volunteers and perchance rerouted the bus off course to the hotel so they could be dropped off (because they arrived at 5:50 for a 6:00 pm close for athlete check in and Grace needed to repair her Di2's and Lisa just had to buy out all the merchandise at the Ironman store). What a bunch of lucky birds!

Aren't gloom and doom friends? With the constant rain over the past few days, this enabled every piece of debris, loot, soot, soil, run off, and other creative articles your imagination can conjure up directly into the river. Verdict: Unsafe swimming conditions for Saturday morning test swim. You do not want to be ingesting foreign and funky substances the day before a race. The race organizers were thinking the same and pulled the swim from race day on Saturday evening. Grace and Lisa were lucky enough to run into Phil (Head Referee and a super duper nice dude) as they headed to carb loading Saturday night when the organizer chat group lit up with the cancellation “SWIM CANCELLED” in bold and Phil was on his way to an emergency briefing. This made the race into a time trial rolling start in order of bib number starting at 8:45 for age groupers every 3 seconds. Grace is bib #810 and Lisa is bib #919. At that moment, it was assumed there were 1000 racers because the bib numbers went up to 1069 or so. Right. For those mathematicians, go do the math. Grace and Lisa certainly did that evening, planning warm wearables for the morning after. There was a certain debate about whether to stay warm or look sleek and amazing for photos.

Race morning was as miserable and cold as predicted. Air temperature was at 14 degrees Celsius and athletes found every nook and cranny around the bike start to tuck themselves into. Those poor organizers. They had to go and pick out these pockets of rogue racers who were clearly not thrilled with how the day was starting out. Luckily for the women, there was enough tent space in the changing tent to go around for the back half of the bib numbers. Grace and Lisa got cozy with other racers, chatting, taking photographs, and having a buffet of energy sharing gels, gummies, and water. Lisa was not nervous at all (only a swim would do that to her). In fact, did you know that Lisa loves riding in the rain? Grace, on the other hand, was nervous. She was uncertain of herself with her new TT and wet roads didn't help (especially after having fallen a few times during training rides). However, Grace found that shiny steel resolve, put on a very brave face, and even smiled at the start line when Pete (the voice) counted down her 3 seconds. And like the wind she flew, hitting speeds of 36.27 km/hr on the flat, wide, and smooth closed roads in Xi'an, delivering a 90 km bike split in 2:52:48. Well done, girl! This is not to be taken lightly given that the ride ended up being a partial swim as one section at the 20K mark had a dipped road under a tunnel that was completely and utterly flooded high enough that everyone's cranks and pedals were fully submerged (to the calf). Not only do you get a bike cleaning and leg wash, you get it 4 times! Yes, folks! 4 times! Please ask Grace and Lisa about how much souvenir they carried back to hotel on their bikes from the ride. Leaves, sticks, twigs, mud, grime, bugs, and sand were abundant freeloaders. Imagine how the people wearing socks and compressions were feeling (and what was hiding in their shoes?)!

But surely it can't rain forever, right? Indeed! As Grace started the run, the clouds thinned (but didn't disappear) and the volunteers became the sunshine. There were aid stations at almost every 1.5 km and each one fully populated with bubbly glowing students (recruited from the local University, what a brilliant strategy) giving goodies of all kinds. Water, cola, energy drinks, bananas, energy bars and gels, sponges, free smiles, and words of encouragement such as "fighting fighting fighting"! Grace passed Lisa on her third and final lap as Lisa was on her first of three laps, giving each other loud shouts and encouragement.  Grace (being one who enjoyed scrutinising people’s run form) was mighty pleased and encouraged to see Lisa running strong (with significant improvement in form from Korea) and in high spirits! Everyone could hear the girls cheering each other on, even as Grace crested over a bridge and disappeared, Lisa could still hear her shouting from beyond the glade. That's true team spirit! Loud and proud! Where were the rest of the Tritons? Well, clearly on the chat tracking and egging them on, of course!

In the end, it was a brilliant finish for both girls. A gloomy sky does make for great photography and both were not short of moments. Grace (placed 5th overall out of 9, although a twist in the plot had Grace in 3rd because of timing mishaps [which some thought was cheating] just before the awards ceremony), proud of surviving and completing the course in challenging weather and road conditions, and Lisa (placed 7th out of 12), full of suspicious celebratory energy on what would have been a significant PB had the swim happened. Makes you regret not having gone, eh? Maybe you would have had a PB as well. A majority of people were expecting roll downs, but alas, it was not to happen. Almost all Kona and 70.3 Taupo World slots were grabbed immediately. There was no roll down. But at least there was plenty of good food and free flowing beer (for those who would have enjoyed this indulgence). There was also plenty of new friends, new connections, photos, and reflections about the race, but more importantly, gratitude, happiness, and lifelong memories. It was a good race, indeed. 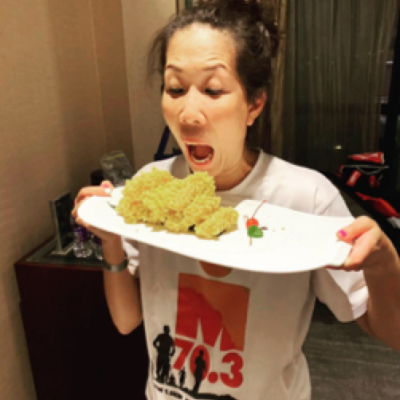 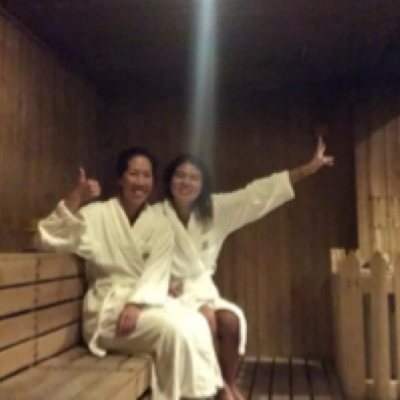 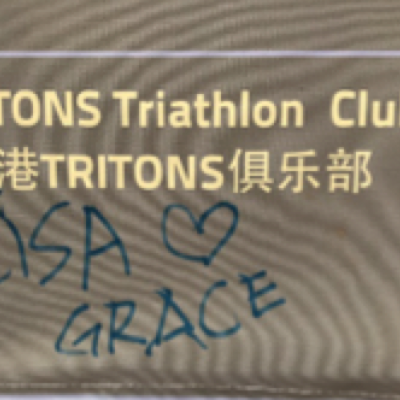 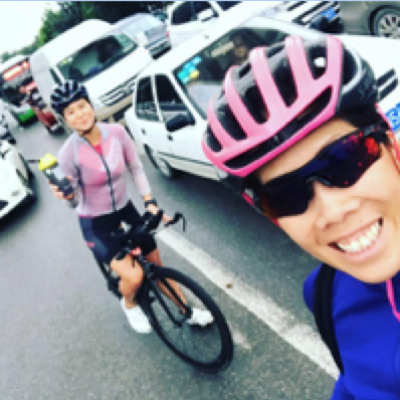 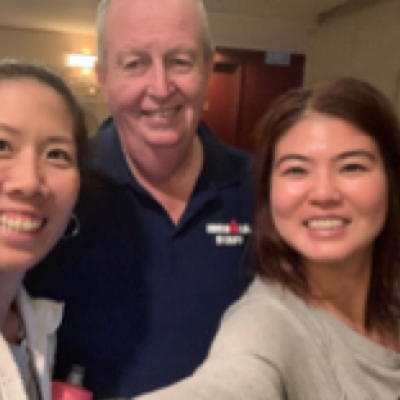 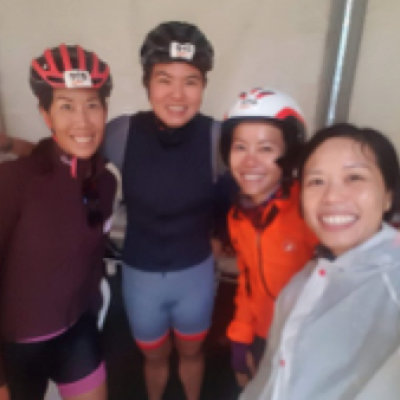 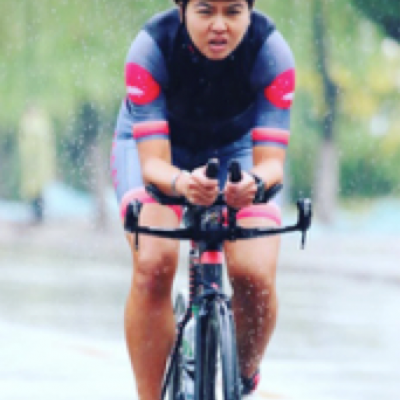 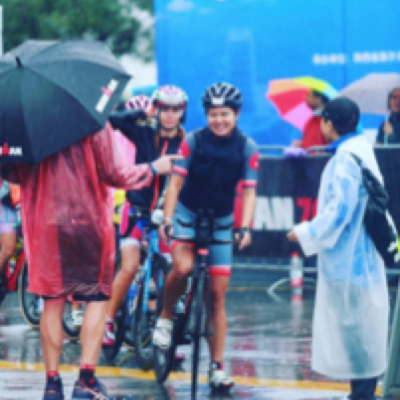 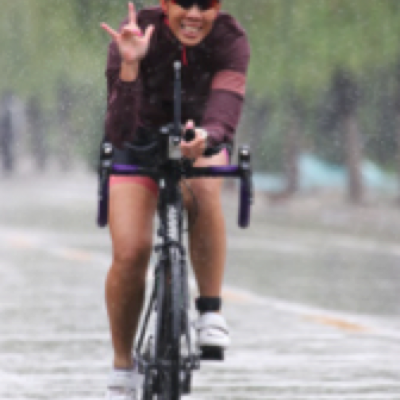 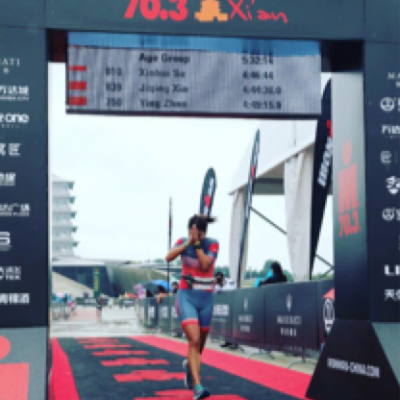 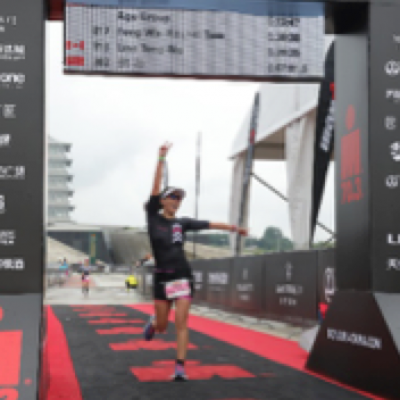 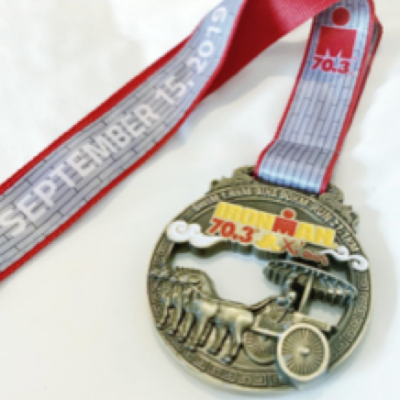