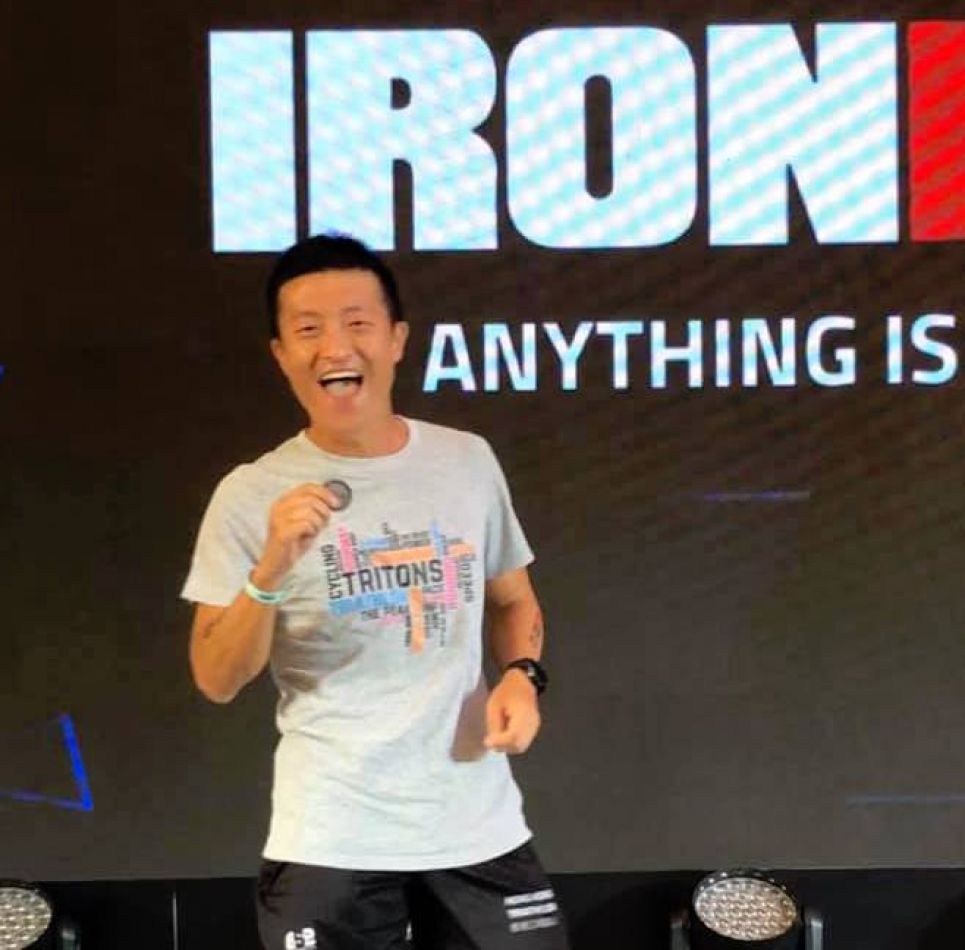 “Miracles do happen, but it’s going to be really hard. Just do your best” – one of the few comments from Coach Jacob before I departed for Xiamen 70.3 after a mere 2 week build up / recovery after a really big disappointment at IM Langkawi.

Rewinding just a few months in time, I had just finished a pretty a good race at 70.3 WC in Nice. Feeling good about my fitness and morale, I embarked on IM training for Langkawi with 100% focus and commitment. The goal was simple – endure the heat, pain and suffering and if there is some luck, I may perhaps achieve my long time goal of getting a KONA slot. As race day approached, my fitness/endurance and confidence continued to climb, my ability to endure some looooong brick sessions under heat was surprising but also gave me a further boost in confidence and the final test came on October 28 – race day.

To put it very concisely – achieved my PB a non-wetsuit swim (under 1 hr), felt great, saw 2 female pros at bike start, thought I was at the top of the world! Kept good power for first 5-10K, then realised something was kinda wrong, my thighs felt very tight! I looked down, I saw “ROKA” because bottom half of speed suit was still on, decided to take it off but didn’t want to throw US$300 away so stuck it into my trisuit – bad move. Body quickly overheated with the extra layer, started puking at 30-40K, power dropped to 100w, tried to keep aero (but not really). Finally, 90K approaching, wanted to turn in with 70.3 guys and DNF, but no cannot, its only another 90K. Couldn’t keep any nutrition down, keep drinking, keep puking, then realised I puked all my nutrition away, stopped at aid station, got more nutrition, then started puking until the next aid station – repeated that until T2.

At T2, out of nowhere with some nonsense, I thought, running may make me feel better – nope, it didn’t. Started puking after 1K and cramped after 500m, walked, jogged, puked and repeated that for 42K. Both the race and the dream was over at 30K at the bike, but I just couldn’t DNF. A bit mental – I know. Spent some time at the medical tent (Thanks Mark Lee for sending me) after the finish line, then went back to the hotel, showered, slept and luckily woke up the next morning. Took 2 hours to eat breakfast, spent the rest of the day in bed then back to HK. Felt utterly deflated and disappointed, but also learnt important lessons – many things need to come together perfectly to have a great race, some you can control, some you can’t. No shame in DNF and most importantly, take off your speedsuit.

Knowing that I only had 2 weeks till the next race, recovery was the top priority and most importantly my mind needs to be there for the race. I did consider pulling out but hey, so many Tritons were going, it sure should be fun (and I’ve already paid for everything). Little did I know, it was the best decision EVER!

Fast forward to Xiamen 70.3 race day – the 1.9K swim was more difficult than previous year’s, instead of an easy downstream swim, it was a triangular course with a significant part of it against the current. As most athletes were crying about it, swimlabbers were generally okay and comfortable with the more challenging swim course. Swim time was so-so for me, as my goggles fogged up and swam off course a bit, after getting tapped by the kayak I had to sprint a bit to get back to a pack but all in all, not too bad. At T1, I learnt my lesson at Langkawi and made sure I took off my wetsuit before I left the changing tent – improvement.

2 loop bike course which was generally flat with good and smooth road conditions.  A modest headwind going out and tailwind coming back, if one can stay in tight aero-position then this should be a good PB course. Unfortunately (and as you can see in the pictures) – I had a “grandpa” position, so I was creating a lot of drag. Due to some over drinking, half way through the bike I needed to go to the toilet but I thought, maybe I can let “it” out as I cruise back to T2 but it was really hard when one is in TT position – improvement needed. (Don’t judge, every minute counts). As I was nearing the 90K mark, I started to sit up and relax……..and then Jonathan caught up to me and shouted “Let’s go!”, “argh….” I guess I need to wait until after I finish race.

As I get into T2, there weren’t many bikes racked which was a good sign. After a pretty smooth transition, I set off on the last part of the race – a 2 looped 21K run which is again flat and fast.

Surprisingly, I still had a bit of speed and my legs were feeling pretty good. 1st loop out, kept a pretty good pace and didn’t see many people ahead of me – happy. As I hit the 3k mark, I saw Toby bouncing in the opposite direction as he was on his way to complete the 1st loop (jeez…. he’s fast…). Turning into the 2nd loop, legs still felt good, morale was high as I was successful in hunting down people ahead of me. Somehow I thought I was 7th and was about 1 min behind 6th with 10K to go – in my mind, that’s 2 x 5K – easy peasy! Nope – not easy peasy but seeing Tritons on the course definitely mitigated some of the pain that my legs are shooting up my brain. I managed to keep the pace and outperformed the original target pace, crossed the finished line without puking nor medical tent – huge success.

Then came the 1st miracle – instead of 7th (which was what I thought), somehow the fast guys didn’t show up to race that day and with a modest 4.38, I came 4th! What…….that’s crazy! I thought to myself – not bad, at least I get to go home with a 70.3 WC Taupo slot! Then a strange and pretty unreal thought came through (thanks Toby) – with ~190 athletes in my age group, what if there are 4 Kona slots? It was a pretty crazy thought and I spent the next 4-5 hours trying to get rid of this thought, as I didn’t want the disappointment by the hype created out of thin air, but like inception – once the seed is planted, it can’t be eliminated.

At 7-ish that night, slots allocation finally started. I started to feel the nerve and looked around aimlessly – a lady with “Ironman Staff” caught my eye as she was speaking to Kevin Chow (2nd in my age group) and she had 3 fingers out – at that point, I knew there were only 3 KONA slots – my heart sunk quickly as I was certain that no one would pass on a KONA slot, who would?

I tried to frantically comfort myself with my crazy self-talk – “It’s okay, see I told you – don’t be crazy. Taupo slot is a good season finish. It’s okay”. On my 100th time saying to myself “It’s okay” – Kevin Chow came up to me, tapped my shoulder and as I looked at him with my disappointed face, another miracle happened.

Kevin: “I just spoke to the age group winner, he’s not taking the slot. You are going to KONA.”

Me: “Shut the front door! Seriously?”

Tritons around me started to congratulate me, but I really can’t believe it, so I said “Let’s see. It’s not real until it happens.” My heart pounded even harder, I started to sweat, my hands were shaking and I could feel my body was going into shock. I kept quiet as I couldn’t speak and my mind was blank. Then,

Announcer: “OK. Markus is passing, the slot will rolldown”

Holy sh*t! I got it! KONA! As I continued to sweat profusely while fist pumping like crazy, I still couldn’t believe my luck! And finally, Greg Welch announced my name and all my pent up energy exploded at once with a resounding “YES!” – I think I was the most excited one who received a coin as if they were giving me a million dollars.

And so this was the story. Under the most unexpected circumstances, miracles happened and I achieved my biggest dream.

In the same night, Toby who won overall AG and Coach Mike who came 2nd in AG also received the KONA coin and Nick M qualified for 70.3 WC at Taupo!

The club also won Club Champion for the race – we weren’t the biggest club there, but we were the strongest!

The dream started more than 8 years ago, I was still a heavy smoker and drinker. One typical Saturday night at home, I was crazy drunk with a cigarette between my fingers at 2 am, I stumbled upon a YouTube video of Ironman World Championship and I thought…. I wanted to do that, people seemed happy across the finish line (little did I know, these guys just went through hell for 15-16 hours).

In the following weeks, I started swimming, biking and running and then joined Tritons. From the beginning when I swam in Lane 1/2 at the pool, getting dropped on the way to the airport on the bike and running not more than 15 mins before stopping – I slowly improved with the help of Coach Fen, Coach AM, Coach Mike and the Tritons teammates. The dream of going to KONA was always there, but I was just too far out of the universe to be talking about it until last couple of years with the help of Coach Jacob – kicking my ass on the bike and run.

I have heard that triathlon is an individual sport – in my mind, it is actually a team sport, the team included teammates who train and race with me, coaches who kick my ass in the pool and on training peaks and family (and other normal friends) that tolerate my unique triathlon lifestyle. It’s just that they don’t race with me on the day.

Truly blessed to have the team through this journey and couldn’t thank them enough – without them, none of these miracles can happen.

Yep it took me a looooooong time, yep it wasn’t totally legit that I qualified through a 70.3 and yep, I had a lot of luck (not gonna buy any lottery tickets soon), but whatever, I’m going to KONA baby! 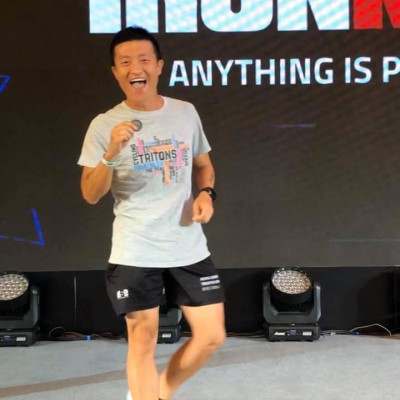 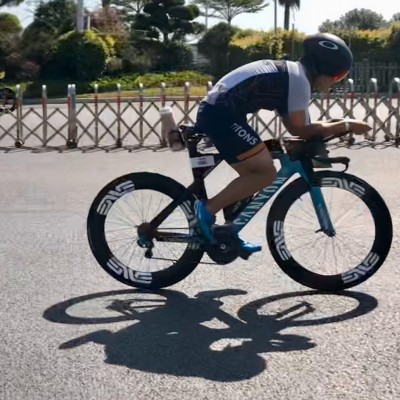 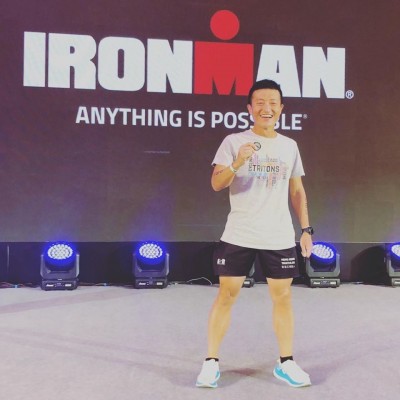 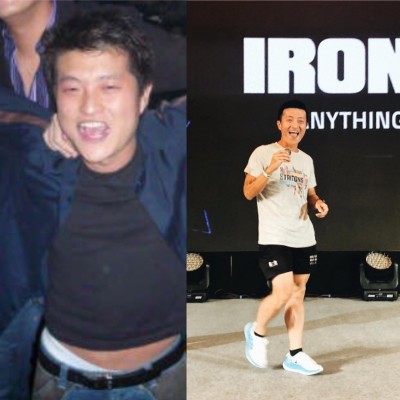 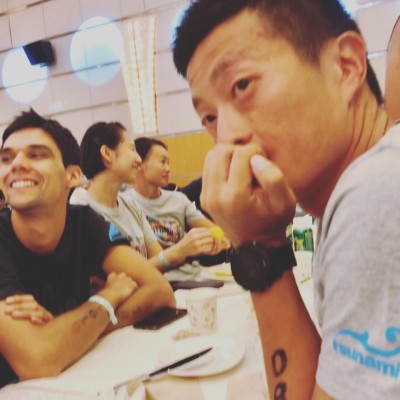 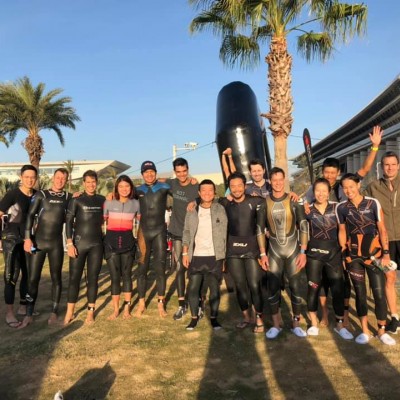 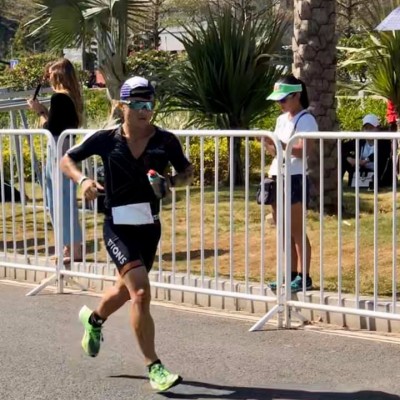 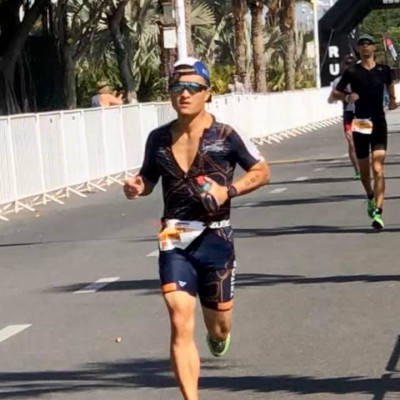 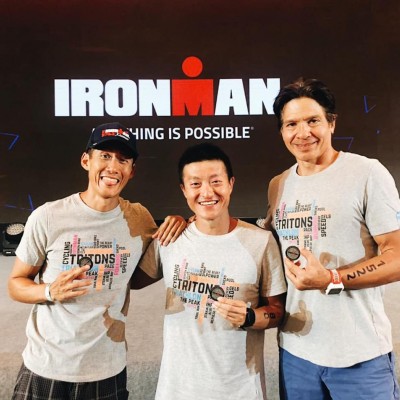