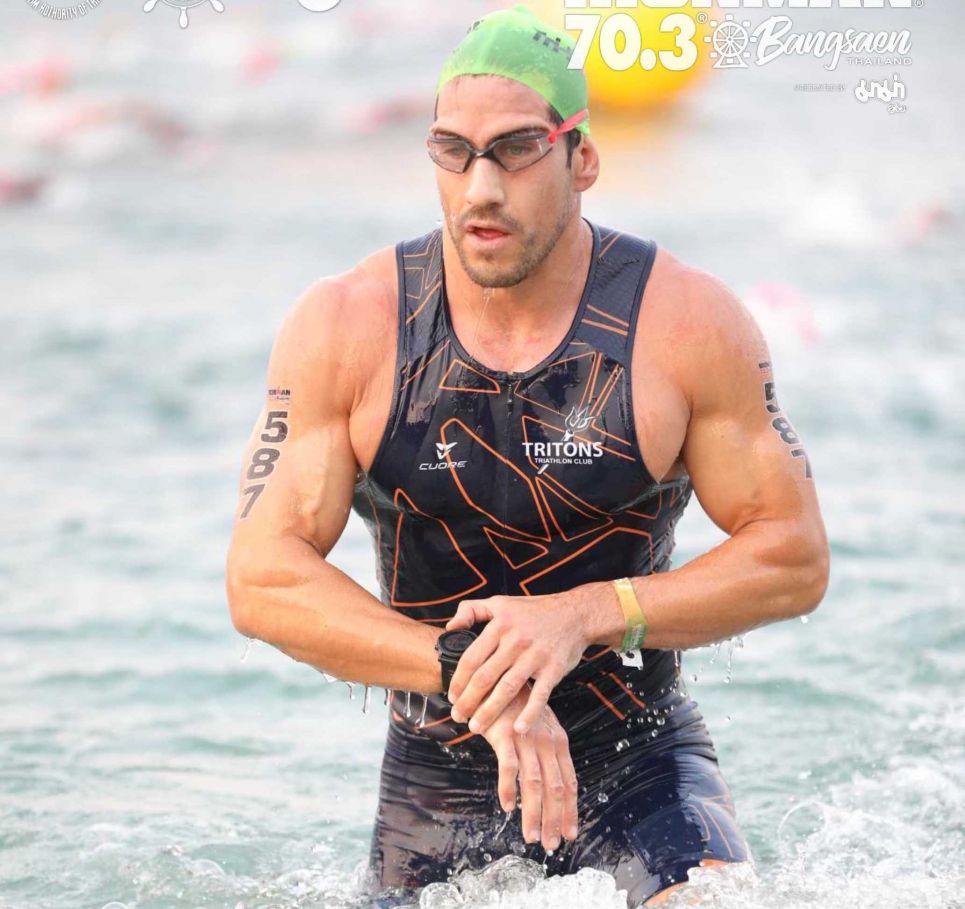 It's an almighty ICEBERG! The race…. it’s the fluffy whiteness on the surface that people see and care about. So here you go.

So to give you a race synopsis. I was pumped. The swim went well - 30mins… couldn’t complain. Bike was ‘blowy as f**k’ with a few technical hitches but went better than hoped (2h46) and run was tough, really tough (2h).  All in all 5h 26. But my main aim was to complete it and  that I did, under my guess-timated time, 6h. Happy days!

The morning came and supported by old mate, Steve Bemet, I was prepped ready to pop my 70.3 cherry. I want to thank him for his support and encouragement to get into triathlons, as if it wasn’t for him (and Ryan Kemp) badgering me to buy a bike and get involved, I would never be boring you with  this drivel.

With everything set up. No2 done. Some desperate dynamic stretching, it was time to make my way to the start. At the beach, it was great to see some familiar faces in Team Candy (Mandy and Cae) before the race began. Their focus gave me some calm when waiting for our time.

The swim is probably my most comfortable leg and went to plan. It was made relatively easy as it had lane ropes the full length which helped me to sight. The water was relatively calm and unchallenging.

It was blowing a gale and many competitors used the words ‘dangerous’ as the cross winds and head winds changed as we weaved our way out of Bangsaen into the countryside. However, it made it interesting and challenging - that’s why we do it, right?  My bike computer had reformatted perhaps for an update and didn’t link with my power meter so I was riding blind, on the upside, it let me know my calorie count which was highly useful at this point. I went off my watch speed to register my level of exertion to I didn’t over cook it for the run. So most of it was done on feel which is sometimes overlooked with all our tech paraphernalia. I was passed and I passed others, most notably Bemet who let me know it too as he squeezed past me. The first 10km was against the wind and being so large I would have performed better as a sail on a ship rather than a cyclist. The course went out of the town into the country side and it was well policed due to a Thai princess taking part so every 100-200m there were police, marshals or medical forming a sort of a ‘Guard of Honour’ so you didn’t feel too alone on the course. Around 50-60km my lower back started to give me some issues - my flexibility sucks and I have always been lazy and often overlook it, so I battled on but nothing I couldn’t manage because I was getting it done. As I was coming into the final 1/3 of the course, I had the wind with me and at times was flying, the sail effect was had a sliver lining and it pushed me home. I finished up in 2h46 mins - quicker than expected and felt relatively fresh. So I was content with how everything was going.

Then I tried to run…’tried’ being the operative word,I felt ok for the first 3 km but the heat had been cranked up to 35 degrees, I wasn’t sure how I would cope with nutrition. The course took you on 3 loops with some relatively punishing hills.  I had been advised, water and cola and isotonic where necessary. And I loved the cola but maybe a little too much by the end I suffered but I hadn’t a clue what I was doing, it was very trial and error. In addition, I have had this irritation with the ball of my foot which burns up, another discomfort forcing me to take my running shoes off to ease the discomfort which didn’t help with all the other ‘aches and pains’. Regardless, I was getting it DONE and pushed through finishing it in 2 hours.

I was F*CK*D. The most brutal thing I have pushed myself through. But I enjoyed it….I REALLY ENJOYED IT.

But what about the time….. in the pool, on the trainer, pounding the streets, in the gym, the early mornings, researching trainers, wheels, bikes, goggles, tri suits, the latest gadget, worrying about missing a session, the missed parties, the punctures, having to go to work, the arguments with your partner, working out what’s best to eat… and that’s only my favourites. The discipline, effort and sacrifice in this sport is a lot more than most. The list can go on but I think you get my point. And this is a hobby.  Having played sport (rugby) at a relatively high level, I understood the demand and attention to detail of professional sport but competing in triathlon/Ironman is another level of physical, mental and technical application. It is really an all consuming activity but I LOVE IT.

Thanks to Bemet, Ryan, Fen (for the Swims), Christina (for introducing me to Tritons), Mike T, and all those Tritons who encourage you to work hard and enjoy the process of training. And of course, Mrs Maclay for putting up with all my sh!t and her incredible support. 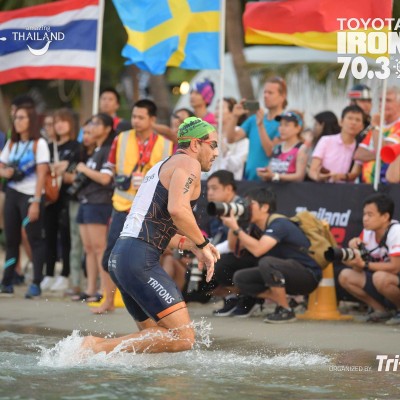 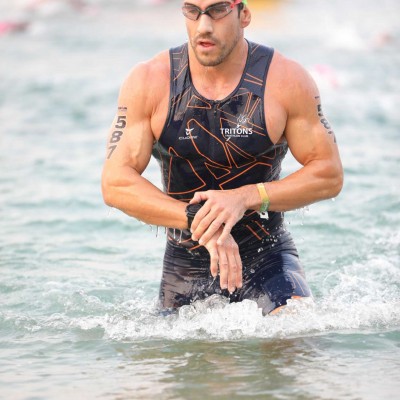 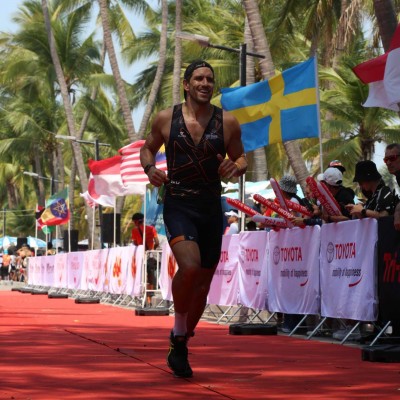 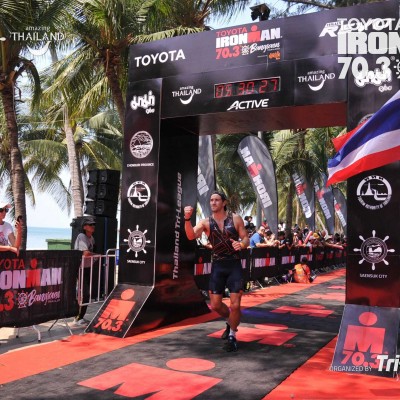