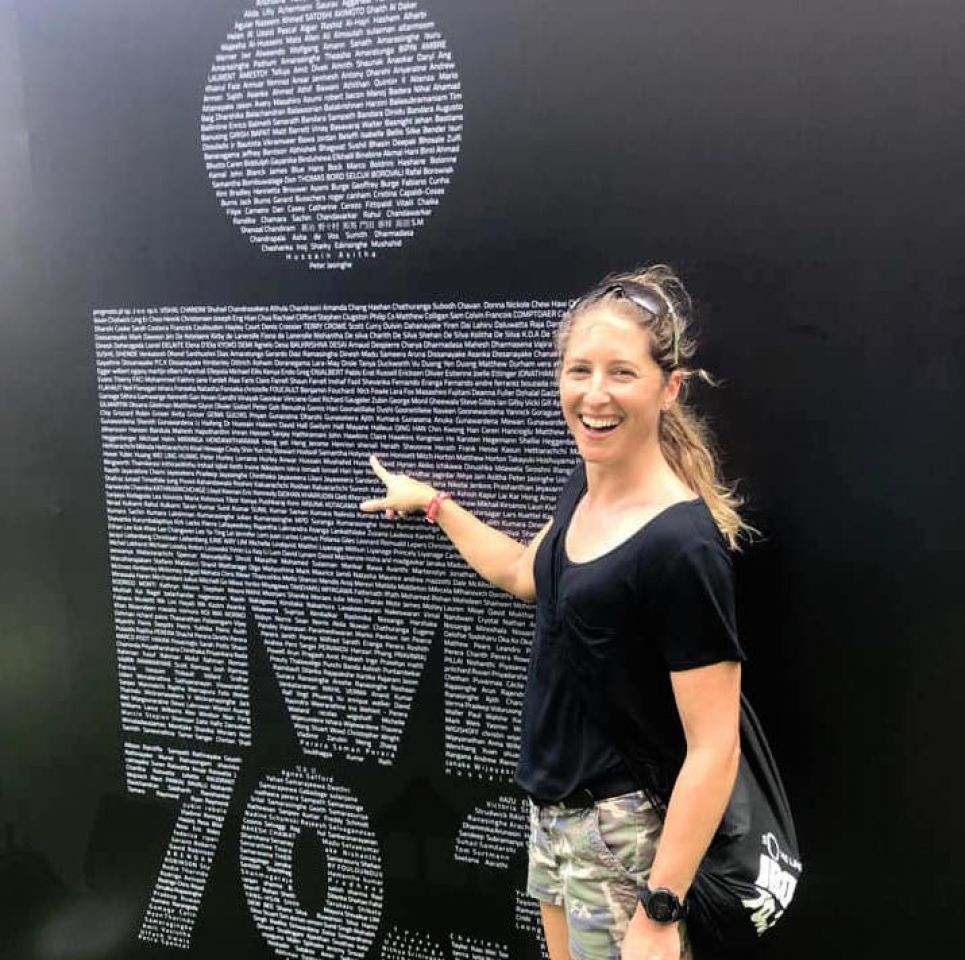 Welcome to the ‘Paradise Challenge’!…… so says the Ironman website. On 24 February 2019 I did my third 70.3 in Colombo, Sri Lanka and learnt many lessons but, yet again, loved it.

Our arrival into Colombo was an introduction to Sri Lankan hospitality with a guided tour at 1am, of Colombo by our taxi driver. We politely declined his offer to show us around the transition area and to go for a MacDonalds, but we did get to see the gym he went to! Our practice ride through the madness of Colombo traffic the next morning was also a highlight of the trip and again showcased the friendliness of the locals with every Tuk tuk slowing down to drive beside each bike so the drivers could say good morning :)

There was a small group of Hong Kongers in Colombo: Tritons Thomas, CK and myself along with Swimlabber Mat Pears and my good friend Vicky Street. Fen had already introduced us to local Triathlon coach Sanjaya who was absolutely lovely making sure we had everything we needed. Vicky and I met Sanjaya a few days before the race and he gave us some great tips about the course and invited us to a final run session he was holding for his athletes the next day - we unfortunately didn’t make it but Thomas did.

At 6am on race day the non-wet suit swim began with a rolling start from the beach in front of Galle Face Green - it was an exciting atmosphere with many Sri Lankans taking part which was really great to see. The swim was perfect conditions with just a slight current but slightly longer than 1.9km.

From the swim we ran on a rocky path to the transition area to start the bike which was a fast flat 3 loops going out to the Port of Colombo, around the Fort and through the financial centre of Colombo and then out onto a open road next to the Indian Ocean. It was hazy and hot but fun with lots of turns.

Then came the torture…… the run….. and that is when I realised exactly how hot it was. Having only ever done cooler 70.3 races I was completely blind sided. Cramp in my right quad from not drinking enough water on the bike meant all I could do was concentrate on keeping going and not stopping. The hardest part was running out to and along the harbour breakwater which was a searing concrete wall where the heat came up from the road and sideways from the wall. Everyone was suffering …… but the aid stations were absolutely amazing. Filled with ice, water, coke, sun cream, food and more plus the most amazing people who did everything they could to make sure you got whatever you needed! I think Vicky had a good chat in a few of the stations learning which football teams were supported and even the names of children (I think she had a picnic in those stations)! Yet throughout the horror of the run the amazing local supporters that lined the course shouting encouragement made it possible to smile….. well, I think I smiled!

For me personally, despite the run, Colombo was a PB and then when Thomas, Mat, Vicky and myself all qualified for Nice World Champs it made for a very happy ending. The faultless organisation and amazing people of Sri Lanka made this a race to remember for all the right reasons! 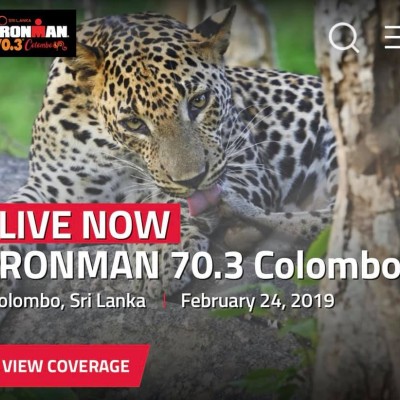 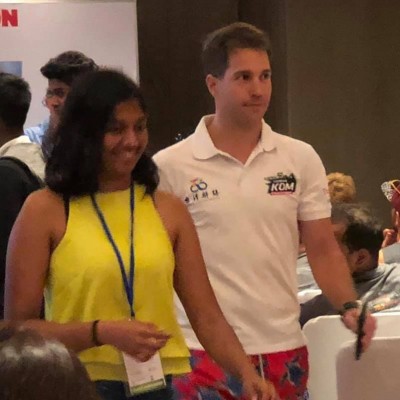 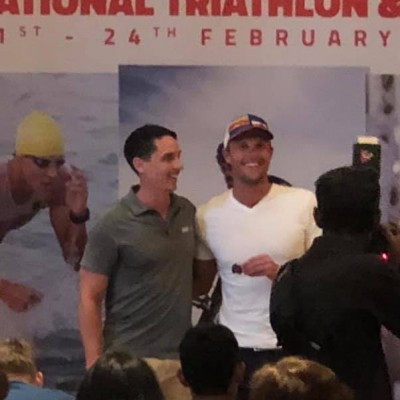 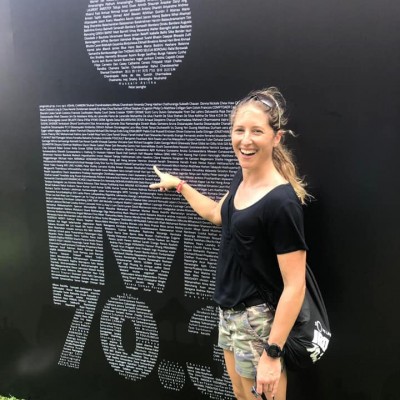 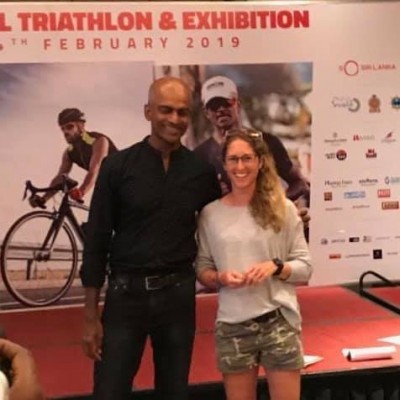 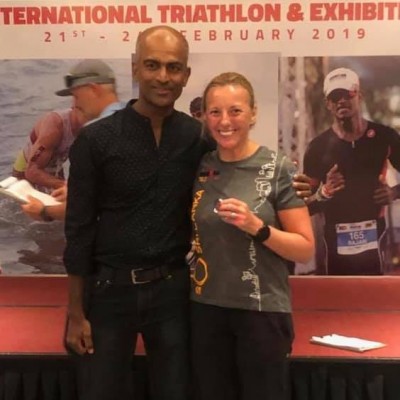 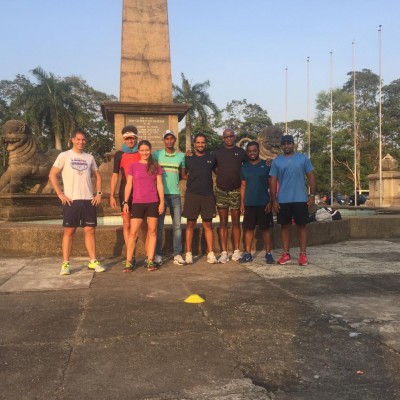 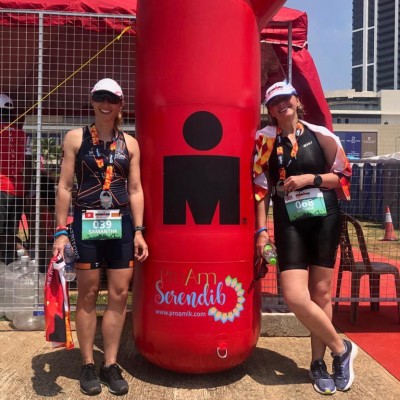 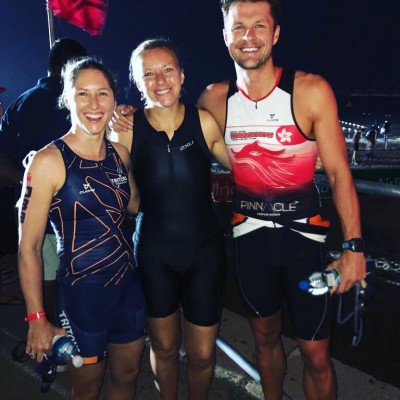 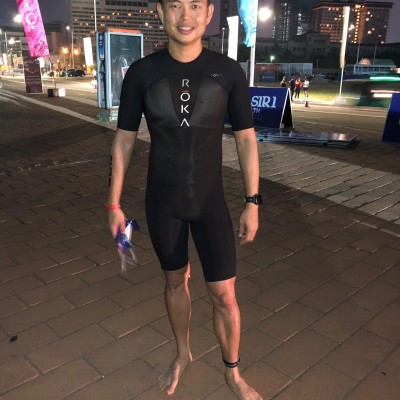