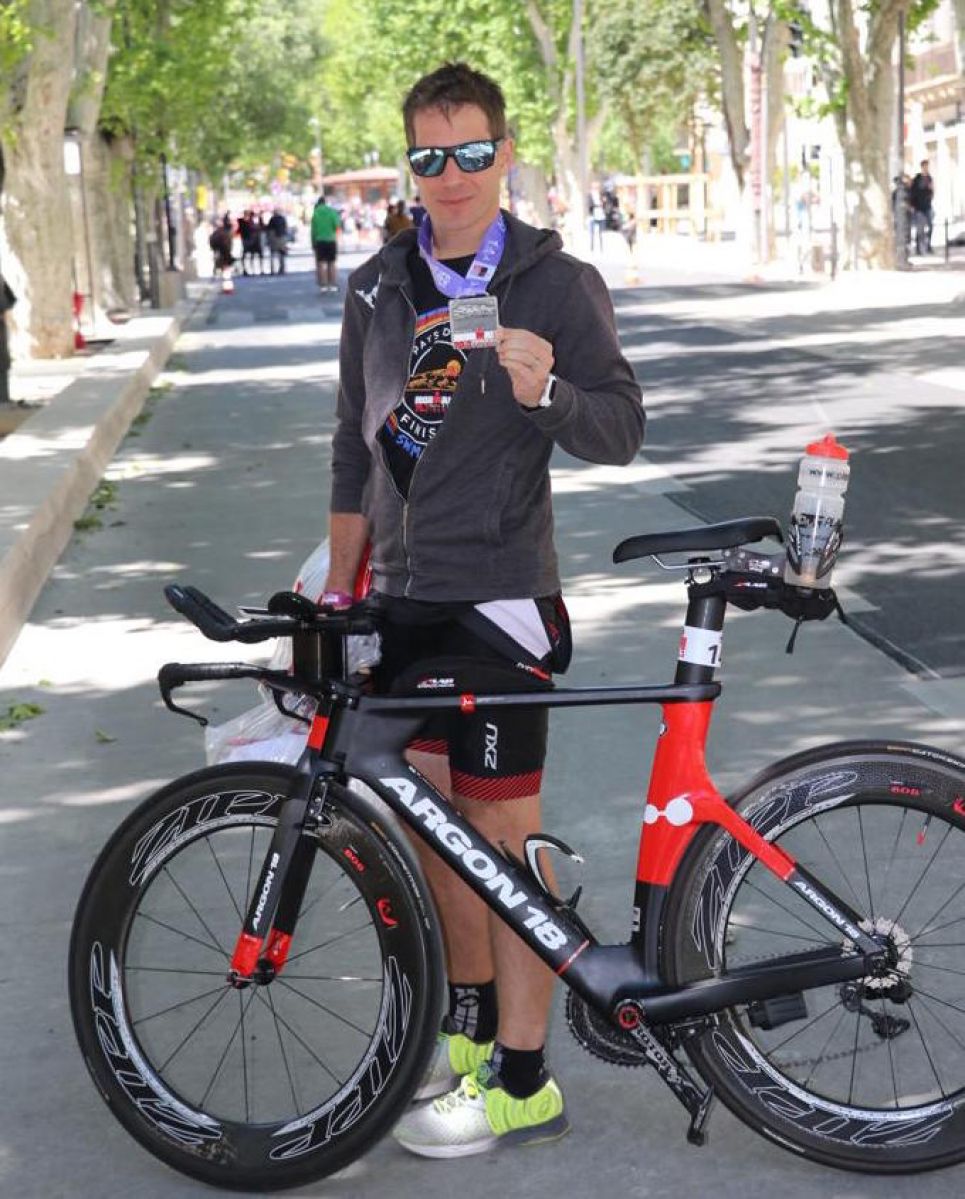 Usually racing in Asia,  I got 2 unfortunate race cancellation in 2018, leading to a few free slots around the world. I picked Aix en Provence, simply to race in front of my bro, niece and parents. With the beneift of hindsight it was also a good feeling of what to expect at the next 70.3 WC in Nice next september.

Getting there didn't go smooth: Air France downgraded me to economy, lost my luggage in Paris and when it arrived late the following day, the outside wheel pocket of bike case was broken. Hence the race started with a bit of stress with a few hours lost calling their hotline.

Aix is a small town 40 mn away from Marseille in the countryside: very convinient to go to IM expo, hotel, restaurants. Being far from the sea, swim was held in a man-made lake 25km up North, which meant:

1/ Bike drop off at T1 took time. They organised shuttle from 1pm the Saturday. Good organization and i got lucky to fetch the first bus. Still i was back in my hotel pretty late in the afternoon. So not perfect for pre-race taperring.

2/ Bus again on race day! Start at 5am. Got the first one, but then waited 90mn in the morning cold waiting for the race start.

Swim wetsuit allowed in the 15degree water. Beautiful spot. But very lengthy rolling start. I started 30mn after the pro. One big loop, choppy on the way back, easy to sight and no struggle kicking others. Out of the water, awaited a pretty long transition to the bike and I only managed to catch sight of my father for half a second!

Windy and hilly. Now I get why more than 50% of the participants had road bike, instead of TT bikes. I suffered quite a bit with my zipp 808. I usually go up in the ranking on the bike leg  but lost a few points instead. Going downhill with TT bike needed a lot of practice and skillset. But perfect dry weather with a bit of clouds and sun.  One big loop in the countryside, leaving you good landscape memories. A few people cheering here and there. But where were my family members? Unfortunately they didn't spot me.

3 loops in Aix city, lots of people cheering but nothing compared to Cebu! A few up hills and lots of turns, enough to throw you off your rythm. I was searching for my family at every turn: noone seen during the first loop, nor the second nor the third. Ah okay... finally I saw them while sprinting before the finish line!

All in all, I recommand the race since it contrasts with races in Asia.

Dry climate will make you run fast, and hills are challenging. Yet, strong wind can be scary, while on TT position.

Overall level in Europe very high. I finished within the top 25% of my age group, versus usually 10% in Asia. 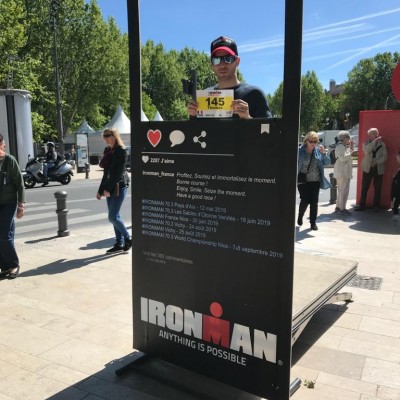