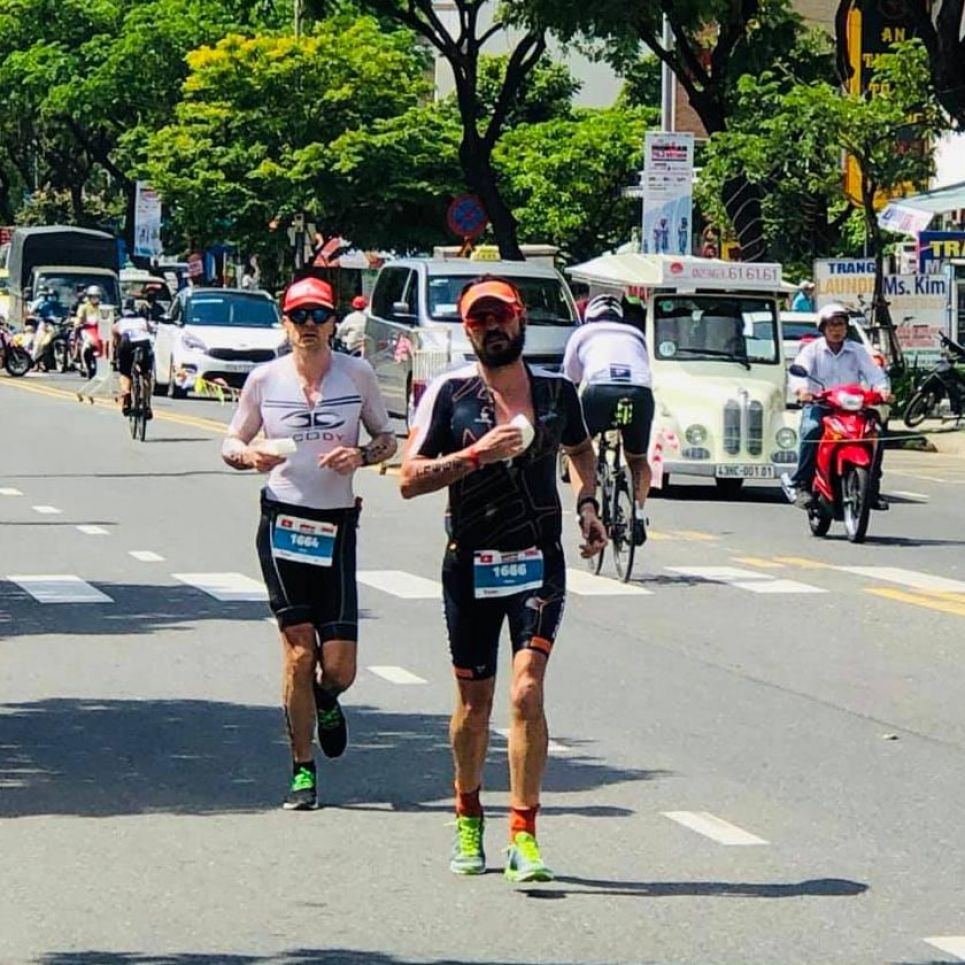 AGs were also very well represented with local heroes such as Nick Mawdsley and Christina Sjoholm (2nd in her first post baby race). Other Tritons included the newly wed AquaTiks (2nd and couldn’t understand why so many people were crashing their honeymoon) and James Byers (riding high on his recent completion of Cold Half and IM NZ in quick succession), Time E, Pierre N, Yves K and Bastien T. Others of note were SLabbers Jacob Wissum (invited to compete in the Showdown), Olivier B, Anne L (3rd) and Ally M,  as well as several ex-Tritons living overseas, Dane (3rd) and Tanya (2nd),  as well as a wider contingent of  Hong Kong athletes.

We knew it would be hot; those who had raced Danang before spoke in awed tones of the crushing heat and humidity.

And it lived up to the promise; maybe not as hot as some years, but Patrick Lange described it as the hottest race in which he’d ever competed; in my slightly less impressive race resume, I’d concur.

The resort that plays host to Vietnam 70.3, Regency Hyatt is pretty awesome; it's all there really; several restaurants serving awesome buffets, a huge pool, beautiful beach, expo and transition on site... when the race comes its hard to break away from the resort life and you’ll want to stay after the event.

Firstly the swim; for ocean race lovers like me it was perfect: small surf (2 foot) offering a dolphin dive start, a body surfing finish and just a bit of bump and current through the swim. Warm water (of course) and pretty clear. Solid swims from all Tritons including a couple making it back under 30 minutes.

The ride takes you north along the beachfront in Danang, before a left turn, over 2 bridges (including a suspension bridge, apparently the longest in Vietnam, which is the only climb in the 90km); generally beautiful, flat, starting to get a bit warmer; keep pushing those legs, enjoy the burn, ignore the constant honking of Da Nang traffic, they’re only using horns as echolocation...

The excitement as you re-enter the beachfront and pass the Hyatt, knowing you’re close to T2 (only another 6km down the coast and then the same back), is as great as that of passing the pro’s on their runs, admiring their speed, their form.

Is it getting hot now? Well, actually its been warm all morning... now I think about it, really warm and maybe I've been sweating more than usual... nevermind the run will be ok.

Unfortunately Jacob did not complete his ride, suffering an irremediably mechanical failure (at which time I believe he was in a commanding lead).

Oh the run! 10.5km out and what seems like 4 times as far on the return leg, where it all unravelled for me and so many. No shade (or at least very few trees whose shade diminished as the morning wore on). Barrels of ice cold water that became cool, then tepid, then warm, and progressively dirtier as sponges were picked form the floor and thrown back in the barrels.

I made the mistake of thinking I could keep pace with NIck Mawdsley... which I could for about 8km, followed by 4km of seeing him disappear into the distance. 12-16km are best not written about. Hot brains, hot head, hot body, (struggling aid station to aid station), until Merv Fong found me and we finished together.

Great finish chute along beach, very welcome indeed. That which does not kill you makes you stronger and I learnt a lot about pacing in Danang!

The toughness of the run was evident in the times, with Nick and Mandy being the only Tritons to come home under 2 hours. Solid runs guys! Others suffered... we’ve all been there.

In spite of the heat, we saw some great finishing times of which we can be proud. Podium finishes for the girls (Mandy and Christina both 2nd in AG), with a WC slot for Merv Fong (AG 40-44).

On the pro side, Patrick Lange and Holly Lawrence made it look easy, taking first places; also in what I thought was striking camaraderie we saw two pro’s turn down the WC slot in favour of Tim Don... nice one guys.

I’ll go back, partly to redeem myself on the run and partly because we want another holiday in Regency Hyatt Da Nang! 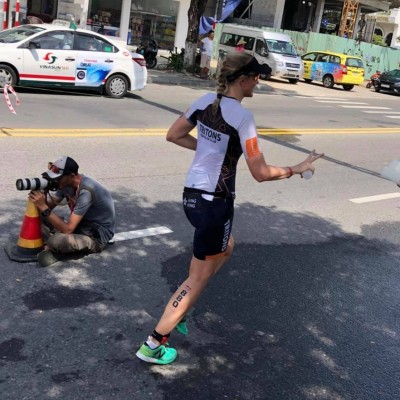 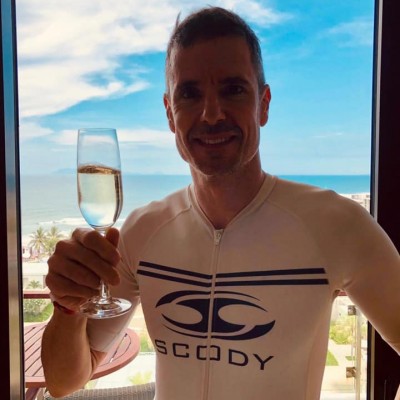 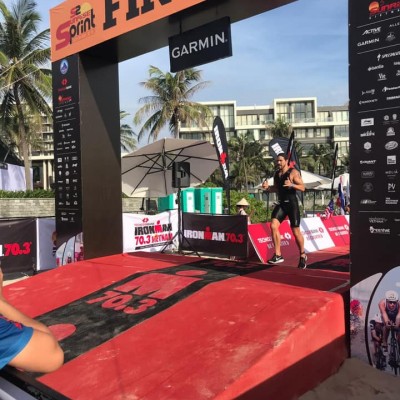 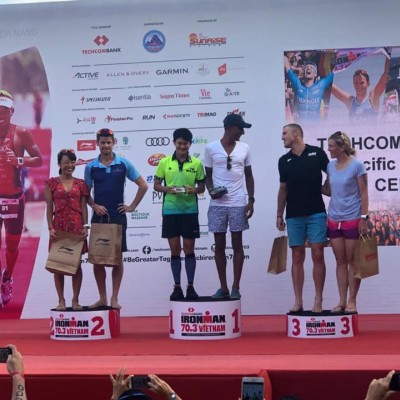 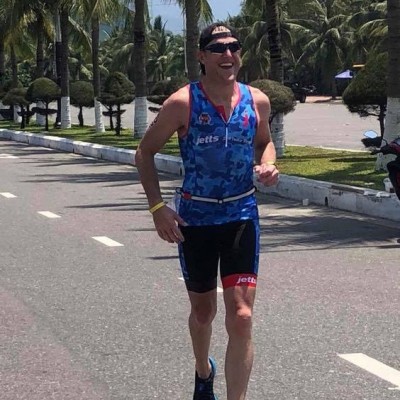 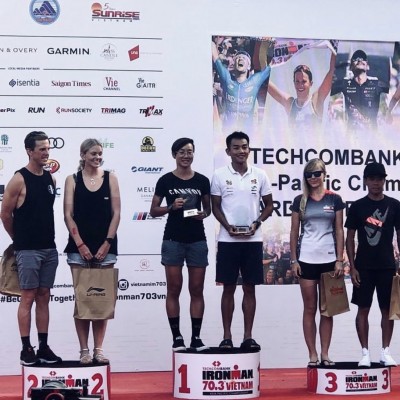 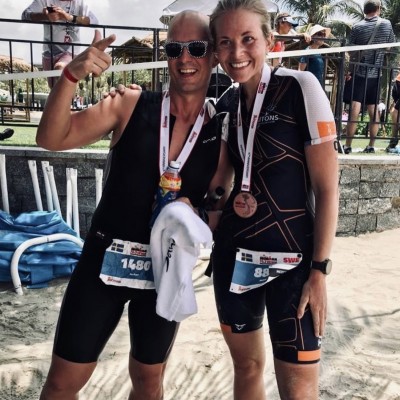 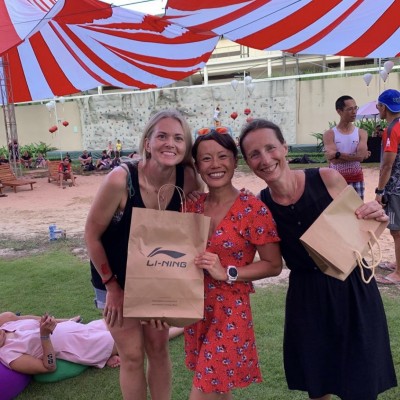 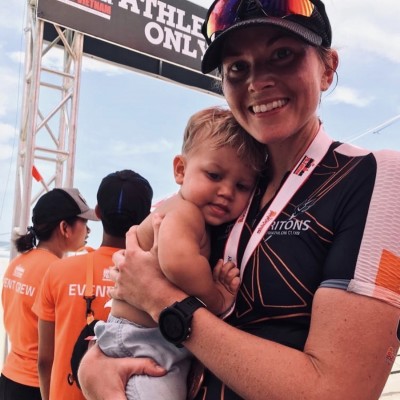 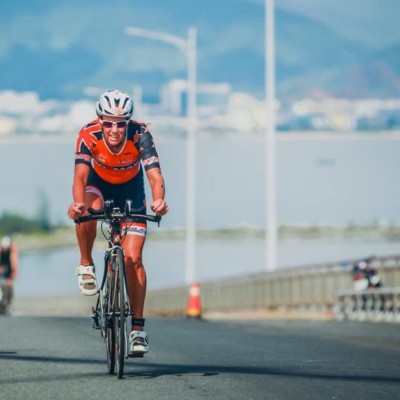