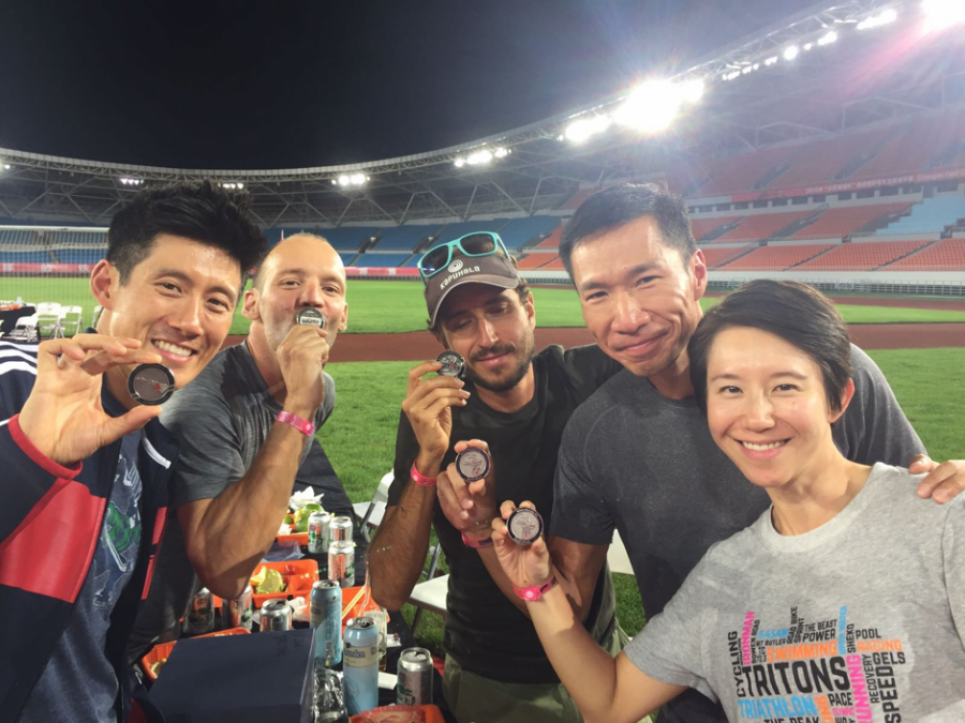 Ironman races in China attract people with a common goal, and that goal is to get slots for Kona and the World Championships. Our small group of seven were no different (Toby Chu, Ruth Chen, Federico Masin, Rob Kushner, Kit Wilson, Stefano Passarello and me). We were each there to grab one of the 80 slots on offer.

Our journey got off to a good start with most of us getting business class upgrades for the flight into Kunming.  Once there the pampering continued as Rob booked us a private bus for the two hour drive into Qujing.

The race hotel, although not up to international five-star standards, was easily the nicest hotel in the city.  Oddly, the menu of the hotel’s “western restaurant” consisted of mainly basic Chinese dishes.  Fried rice and stir-fried egg and tomato became our staple food for the weekend.  Once, Toby ordered the pasta and Rob the steak, and neither made that mistake again.

Race day morning began at a reasonable time with the age group start at 8:15am.  We boarded the buses to T1 transition to set up our bike gear.  All of us had the benefit of being AWA athletes, which is basically Ironman’s frequent flier program.  For this race, AWAs were given a bike racking area beside the pros and close to the mount line.  Definite advantage!  The swim was a rolling start with racers jumping in the water 2 by 2 and 5 seconds apart.  The water was clean and cool.  However, the high altitude of Qujing showed its influence straight away with people gasping for air after a hard initial effort.  Even Toby, who normally swims like a fish, was reduced to swimming some backstroke and breaststroke for a while to catch his breath.  Swim times were slow overall due to the altitude.  The course itself was well marked with lots of big numbered buoys.

On to the bike which was a two and a third lap course.  The city put in a lot of effort by not only cleaning the reservoir water for the swim but also washing and sweeping the roads for the bike course.  The roads were closed to traffic and we had 2 to 3 lanes each way giving riders plenty of room to pass and avoid drafting penalties.  It was a rolling course with one big climb at the far end.  However, what goes up must come down, and come down we did.  After the turn around, bike speeds easily reached above 65 kph on the downhill!  So much fun!

The run was two laps on a flat straight stretch of road.  This is where we really saw and felt the city’s support for the race.  The entire course was lined with people cheering the racers on!  Jia you, jia you!  If I gave a little wave or fist pump back to the crowds, the volume of their cheers increased dramatically!  One high five turned into a continuous slapping of palms!  Their cheers fuelled me and everyone on to keep running even though our bodies were wanting to walk.  Down the finish line chute, the speakers rang out loudly “From Hong Kong…..you are an ironman!” 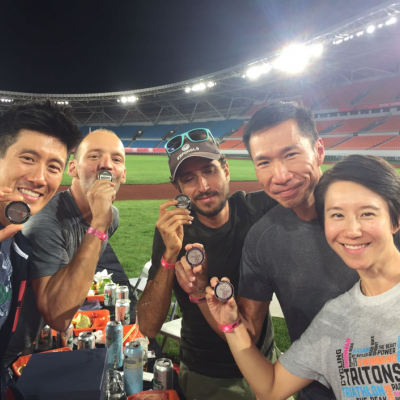 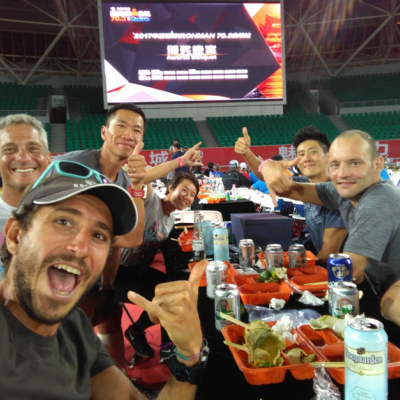 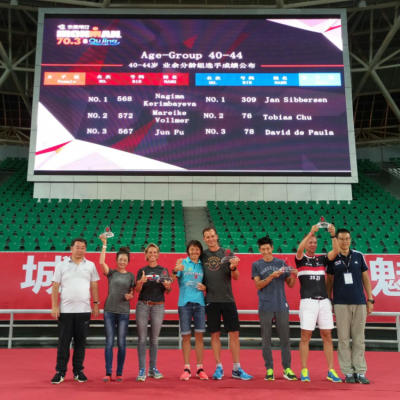 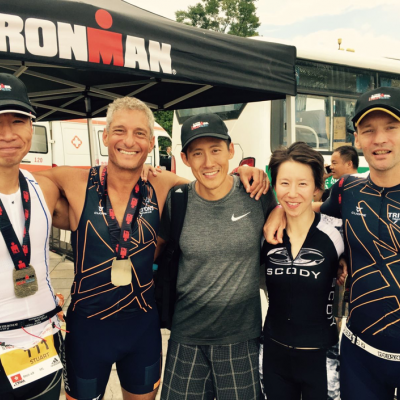 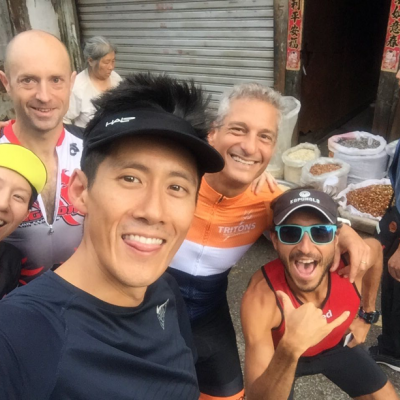