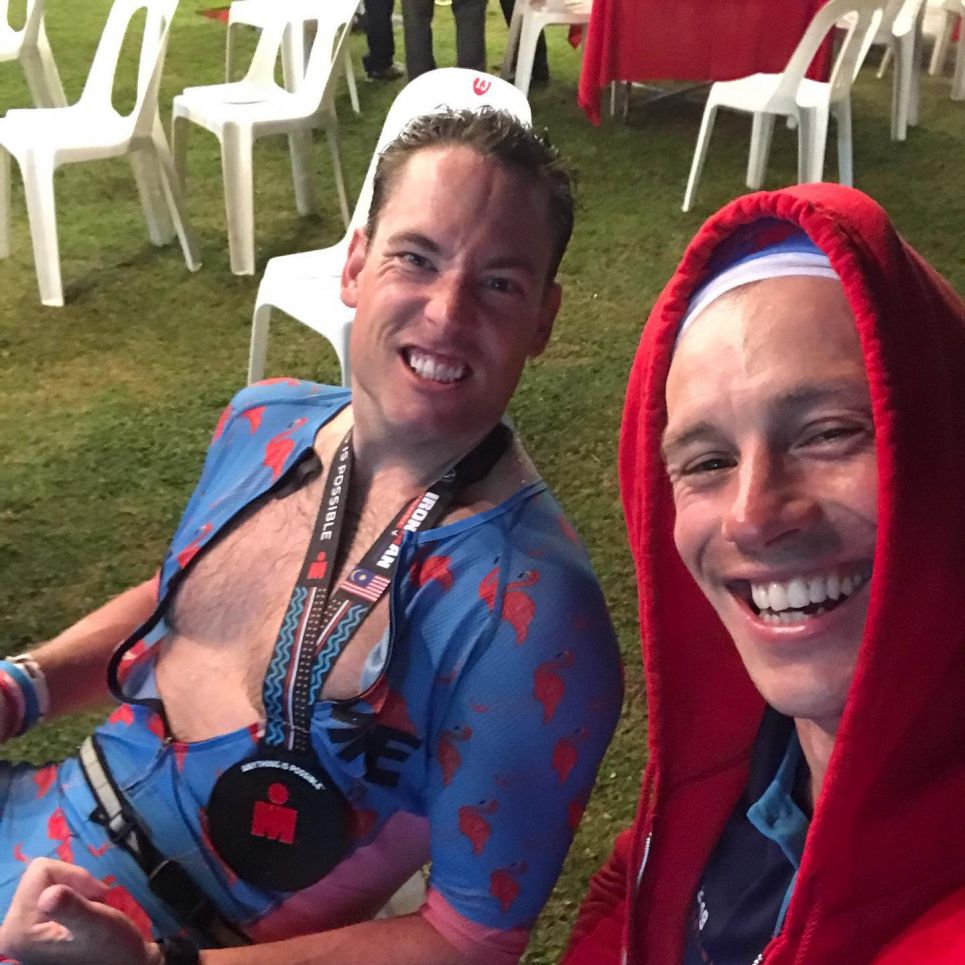 Somehow I make it into T2 after 5h26 and the air conditioning hits me like a delicious wall of hugs. Only I still don't have any socks and I want to cry. I vaseline up to the max and a friendly Australian heeds my appeal for spare socks. Winning. I run out into the heat again and (what goes up must come down) I am hit like a wall of slaps from the angry midwife of tropical heat. Legs are so sore from the bike, but I tell myself that my run is my strong suit and the internal annoying life coach voice in me chimes in "You're crushing this!" I'm so not, but this is what all those hours of training have been for. A three lap marathon in the baking afternoon sun. I look out for runners in my age group, with the little "I" tattoos on their calves. I pass one, two, three, four. I tip water over myself at every aid station and take a gel every 5k. My stomach starts to complain, I couldn't run any faster if my life depended on it. Nor have I ever run slower, it feels. I pass a fifth runner and say something that was genuinely meant to be encouraging but probably came off a bit dickish. He ignores me. My stomach takes revenge and cramps up, the fifth runner passes me again, in silence, but I know he's laughing inside. Oh, how I'm not laughing now! I high five any Triton who passes in the other direction, I see Javier Gomez heading for the finishing straight. I've got a lap to go so I can't decide whether that's good or bad. Around we go again, no sight of friends at the turnaround, they're all at the bar - England are winning the rugby. I'm not winning anything. But wait, could I go sub 10? Do I have a sniff at Kona? Disengage brain, put one foot in front of the other.

I go down the finishing straight on the tree-lined beach, the Red Bull kicks in and I'm sprinting, I've got 200m to go, high fiving the Flamingos and blowing a kiss for the camera. I pause on the finish line to stand on one leg for the obligatory flamingo dance. It's over. "Dominic Edmondson, you are an Ironman". 10h11 and 10th. I'm thrilled, exhilirated and a tad emotional. I cry tears of joy in my beer. I cheer on the brave Tritons racing with me. I go to roll down next day with Mandy, Cae and Amanda and am pleased that the Kona slot doesn't come anywhere near me.

And I never need to do this again. ☺ 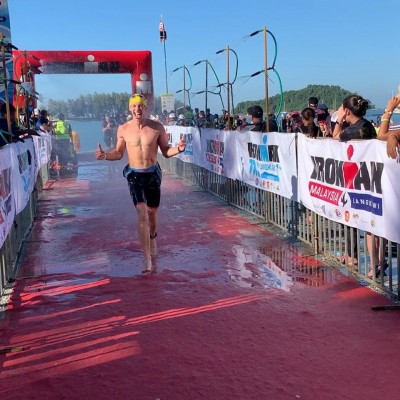 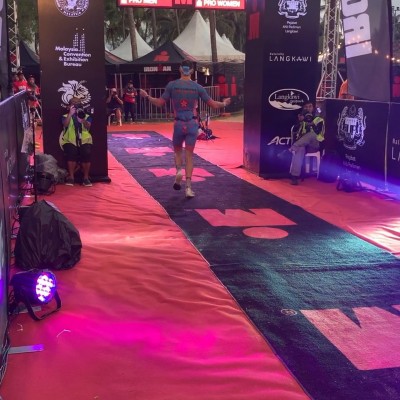 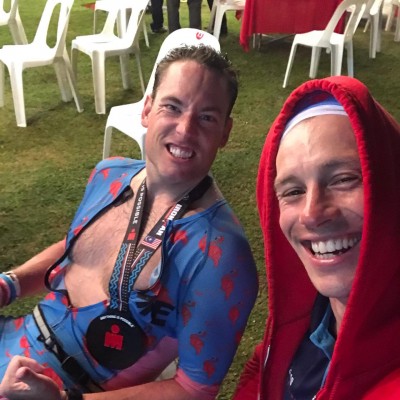 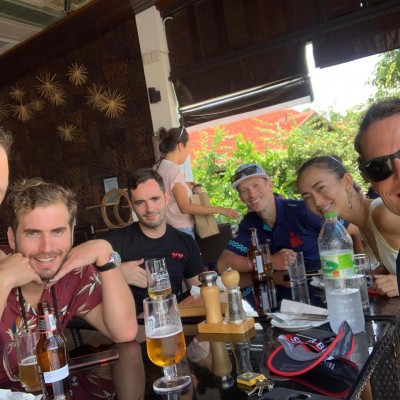 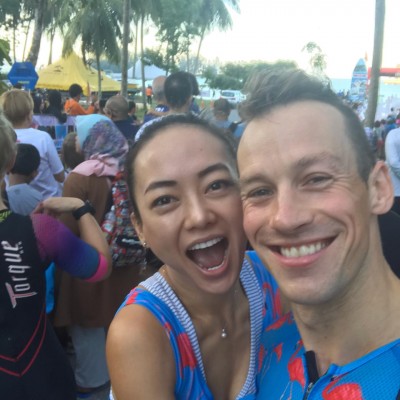 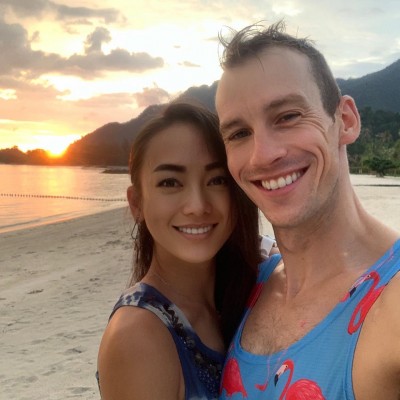 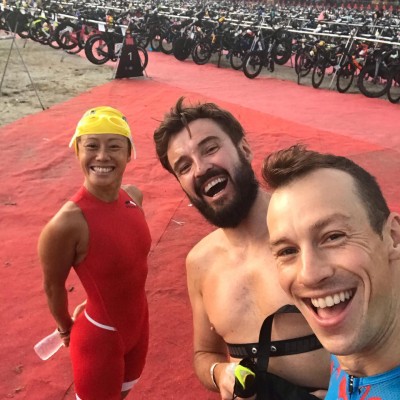