Great conditions for this year's Vietnam 70.3 race in Danang. Still hot but thankfully less than last year. Very well organised and in a beautiful location. Well done to Ray P. for another awesome race and to Alex G. for finishing his first half Ironman. Here is his first 70.3 report.

I’m not quite sure what was going through my mind as my finger hovered over the online register button but just as I hesitated for a short moment, a sudden surge of “do it” coursed its way through me and before I knew it, the return button had been pressed with unusual brute force. And there I was… committed.

I’d love to be able to tell you that I had a training plan I stuck to with the discipline of a religious zealot but a fair few of you know me by now so I’ll just be honest and say I did what I could which was nowhere as much as it should’ve been. My girlfriend, Bea did her best not to show me her “please don’t let him have a coronary in this race” face but I could tell she was more worried than I was. I was just going to have some fun and nothing was going to stop me from finishing and picking up that great looking finisher’s medal. 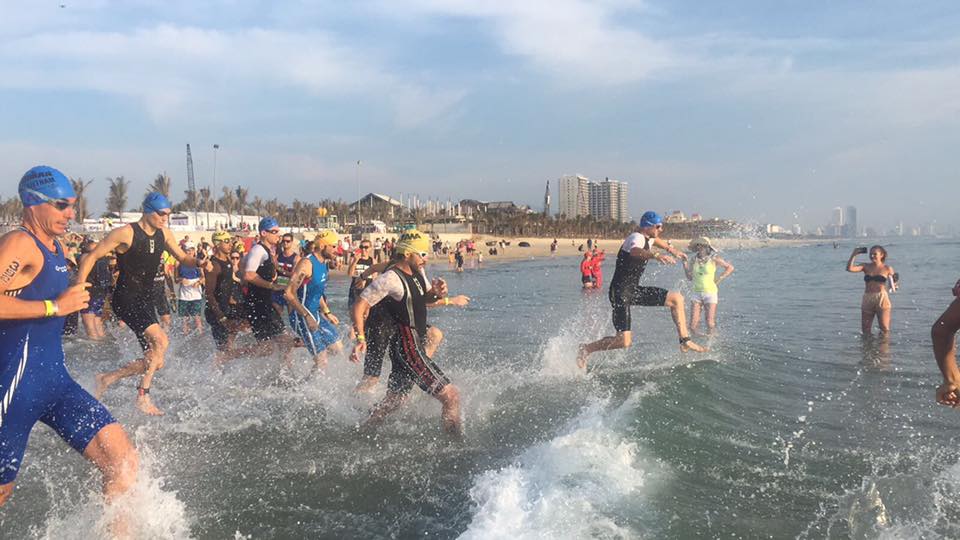 And so it came to be… on what was an absolutely perfect start to the early morning in a picture perfect setting, there was barely a ripple in the sea as I wobbled my way out to start the swim. A little over 45 mins later, I wobbled out again relieved to know that I was about to start my favourite part of the race, the ride. 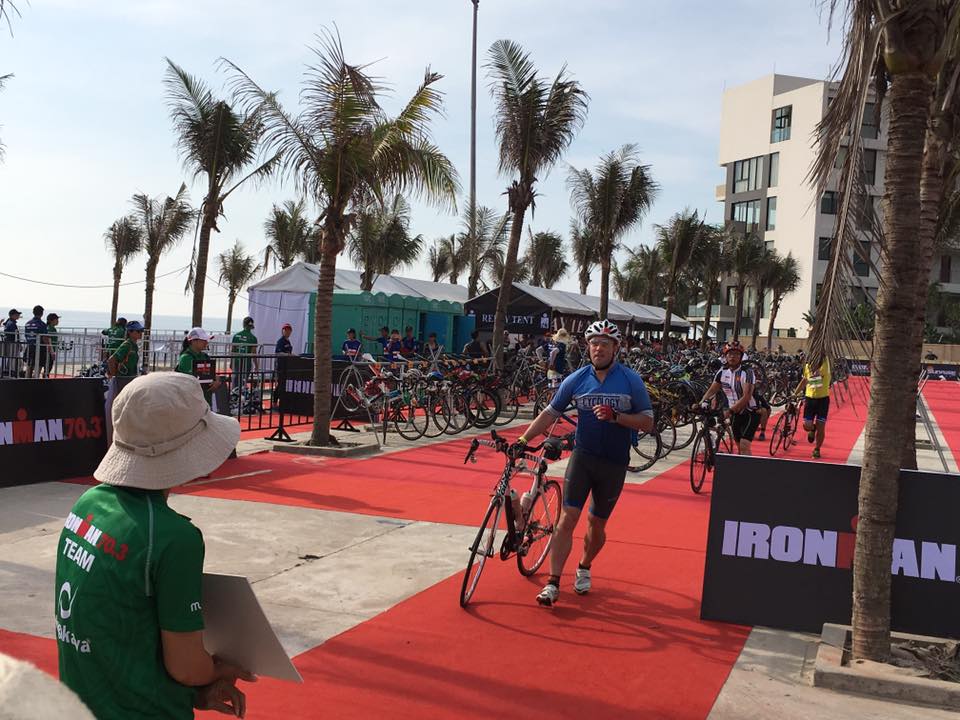 Bea and I agreed to stick to an average of about 30 km/hour if I was going to come in at 3 hours and give myself a chance of coming in under my race target of 6 hours 30 mins and looking at my race time, I was spot on (2 hours 59 mins plus a few seconds). It was all good for the first 70 kms but the last 20 kms was a bit of a challenge on my plentiful posterior and nobody warned me about the burning sensation that sears through the pads of your feet…?! First time I can remember that I’ve actually been happy to get off the bike which is saying something given how little I was looking forward to my first ever half marathon in temperatures of 32 degrees and an air temp of over 40 degrees.

The first 10.5 km was an incredibly dull shuffle at the kind of pace Grannies move at on their way to the bingo but the gels were working a treat and I romped home for the second 10.5 kms a fair bit faster than the first half.

Seeing my girl’s face as I hit the finish line was a great moment and, to my surprise, a bit emotional. What came as more of a surprise were my results…. Top 38% of my age group, top 47% in gender and top 46% overall! And all in a finishing time of 6 hours 28 minutes. Maybe I’m not such a fattie boombah after all. 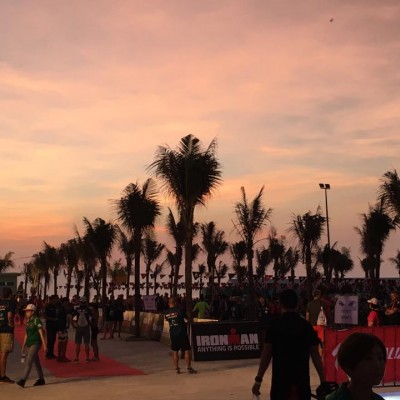 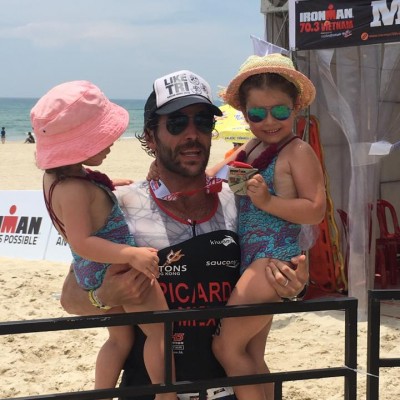 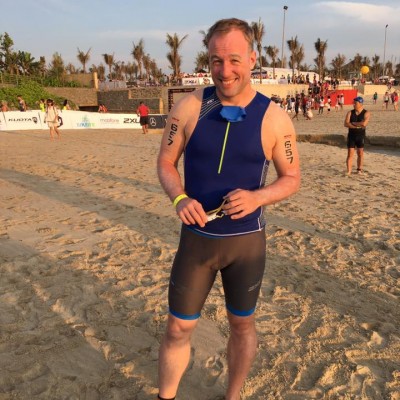 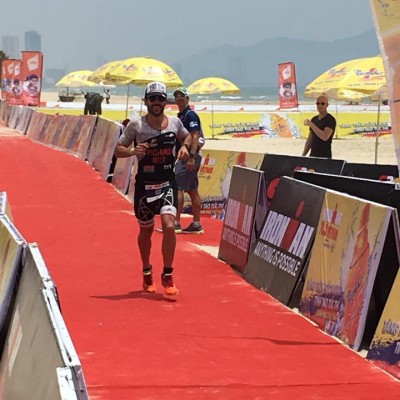 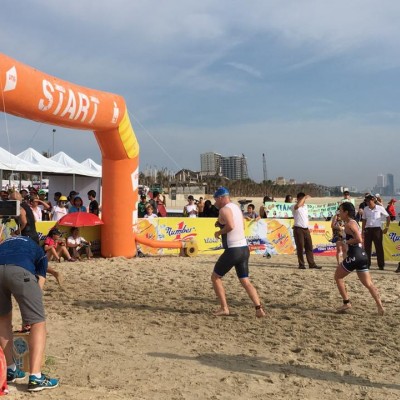 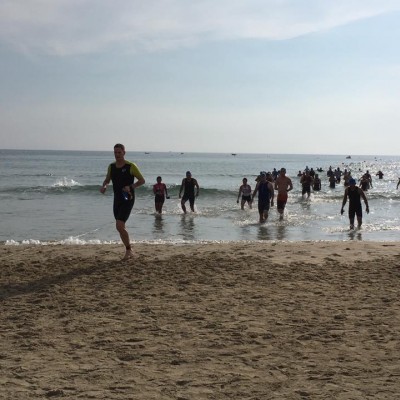 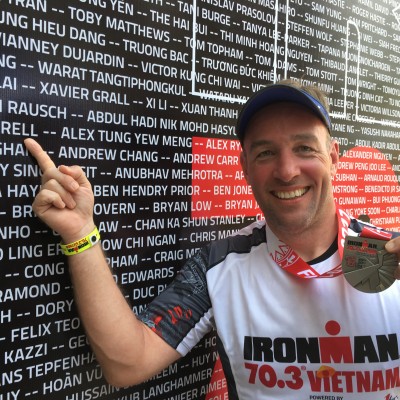