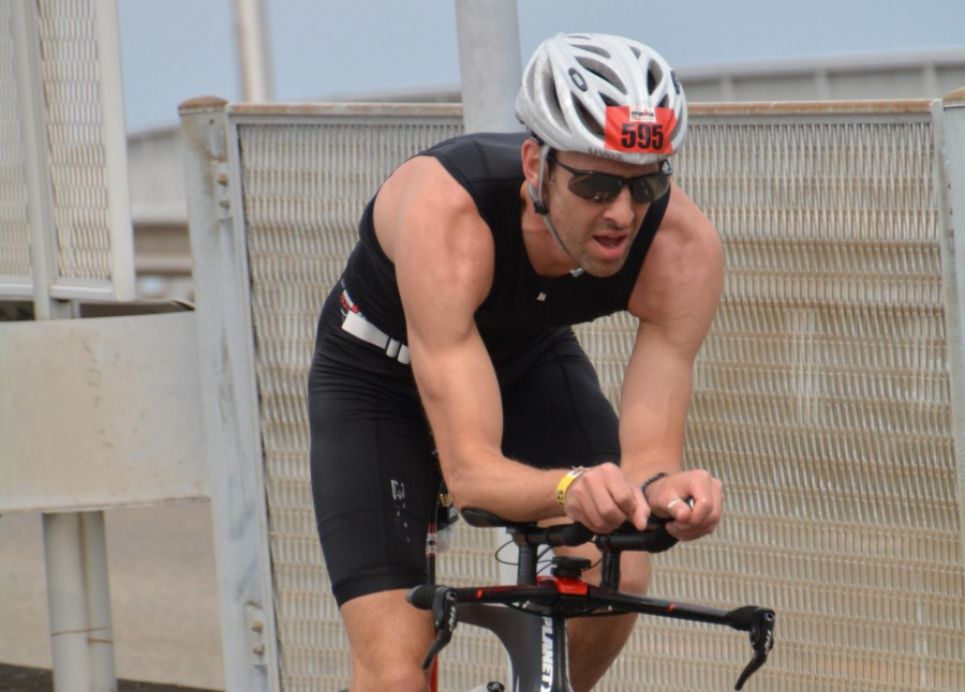 Japan was my first 70.3 race of the year after making an effort to train more consistently in 2017. The course changed slightly from the previous year with T1 in Shinmaiko Marine Park and T2 at the athletic stadium in Handa Play Field.

All none Japanese speakers attended the mandatory English race briefing (lateness would not be tolerated) on the Saturday morning to ensure we understood the logistics of the day, it was to be a long day… We learnt the exciting news that the race starts would coincide with the changing of the tide and that we should keep to the right of the swim course to avoid being swept out to sea. The briefing then went on to describe hazardous no overtaking zones, 100s of U-Turns, wooden bridges to ride over and a run course that resembled an obstacle course.

As T1 was in a different location to the briefing held at the airport we had to travel in buses with our bikes to set-up transition. Although organized impeccably the journey, set-up and then travel back to the hotels near the airport took a long time so we were pretty exhausted by the end of the day.

After a great night’s sleep race day was here and, with race waves starting from 7:30am, it was a nice leisurely start to the day compared to the usual 4am wake up. Organization to the swim start and T1 was very smooth allowing plenty of time to set-up in the morning where the water temperature was confirmed as a chilly 19°C making it wetsuit legal.

The pros started at 7:30am with my wave starting at 8:15am and Anthony Lam a bit later at 8:45am. I decided to be a bit more confident at the swim start, lining up near the front at one side. This probably meant that I started a bit fast as race day adrenalin fuelled me for the first few 100 metres until I hit the current. This slowed things down a bit so I just tried to keep a rhythm and hang on to any feet that I could see ahead. The current was with us on the way back so I kept to the right of the course to avoid the embarrassment of being rescued by coast guard and even worse having to face the wrath of AM and Fen if this happened!

After the swim we ran up the beach, collected our bike bag and then ran to the changing tent at the end of the beach. I made a quick change and, having decided to leave my shoes on the bike, moved quickly through the long T1 gaining an extra 8 places in the process.

The first lap of the bike wasn’t too busy which was nice to get to grips with the course. We were to complete four laps of 16km before heading inland for an undulating last 20km. With multiple U-Turns every lap it was difficult to get into a rhythm but was great fun and meant the first 64km flew by. I was lucky to find a cyclist in another age group of a similar speed to work with and this meant we kept a pretty consistent pace throughout although traffic got quite busy on laps 3 and 4. After the fourth lap the course took us inland through winding streets, wooden bridges and bone shaking roads. The climbs were fairly short but brought a bit more fatigue so it was nice to get into T2.

This was the first time that we’d seen T2 but luckily there were lots of volunteers to point us around and help find the transition run bags. It was much shorter than T1 so I was out on the run quickly determined to leave behind someone in my age group that had been behind me for the last 20km on the bike. 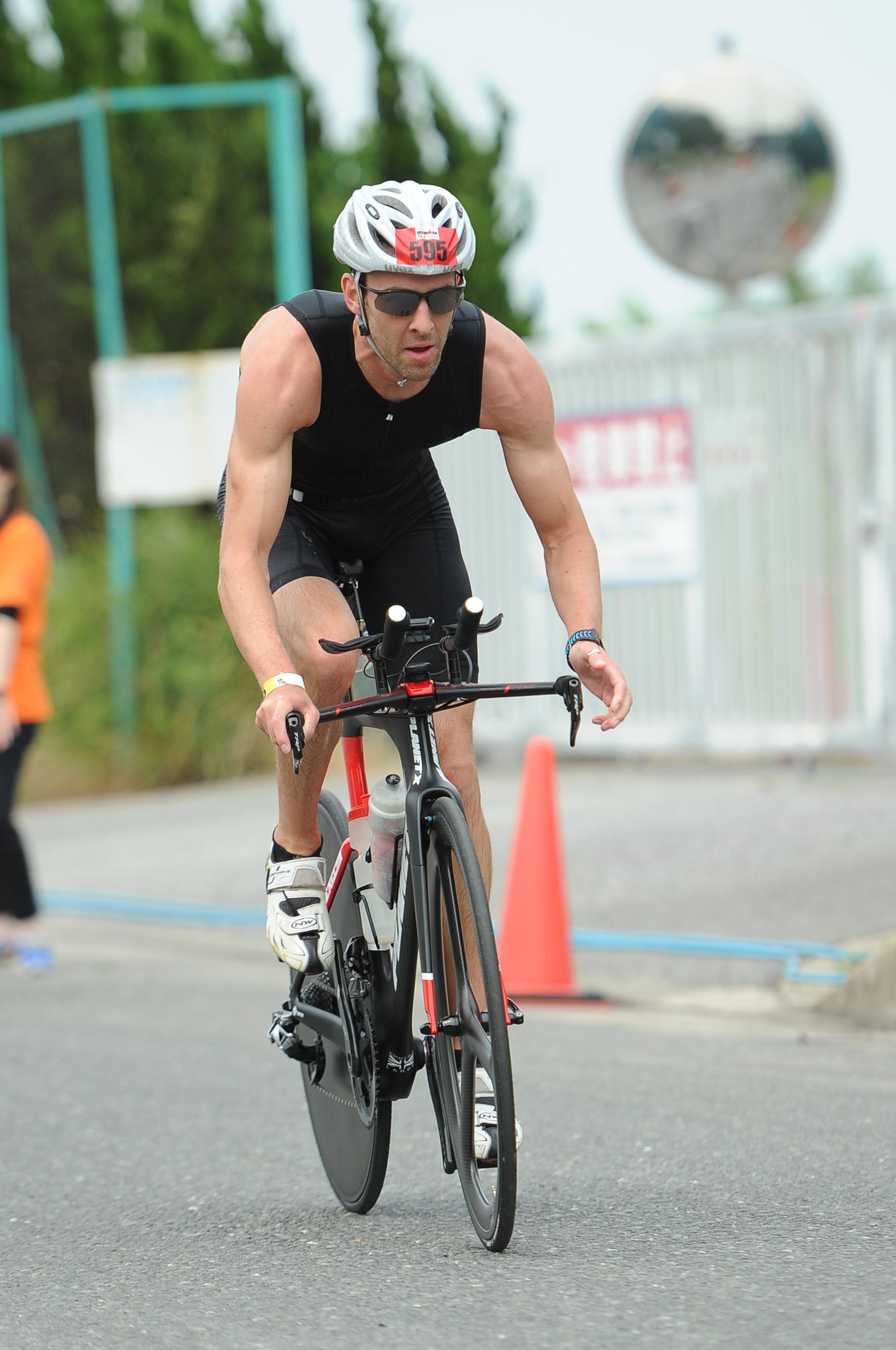 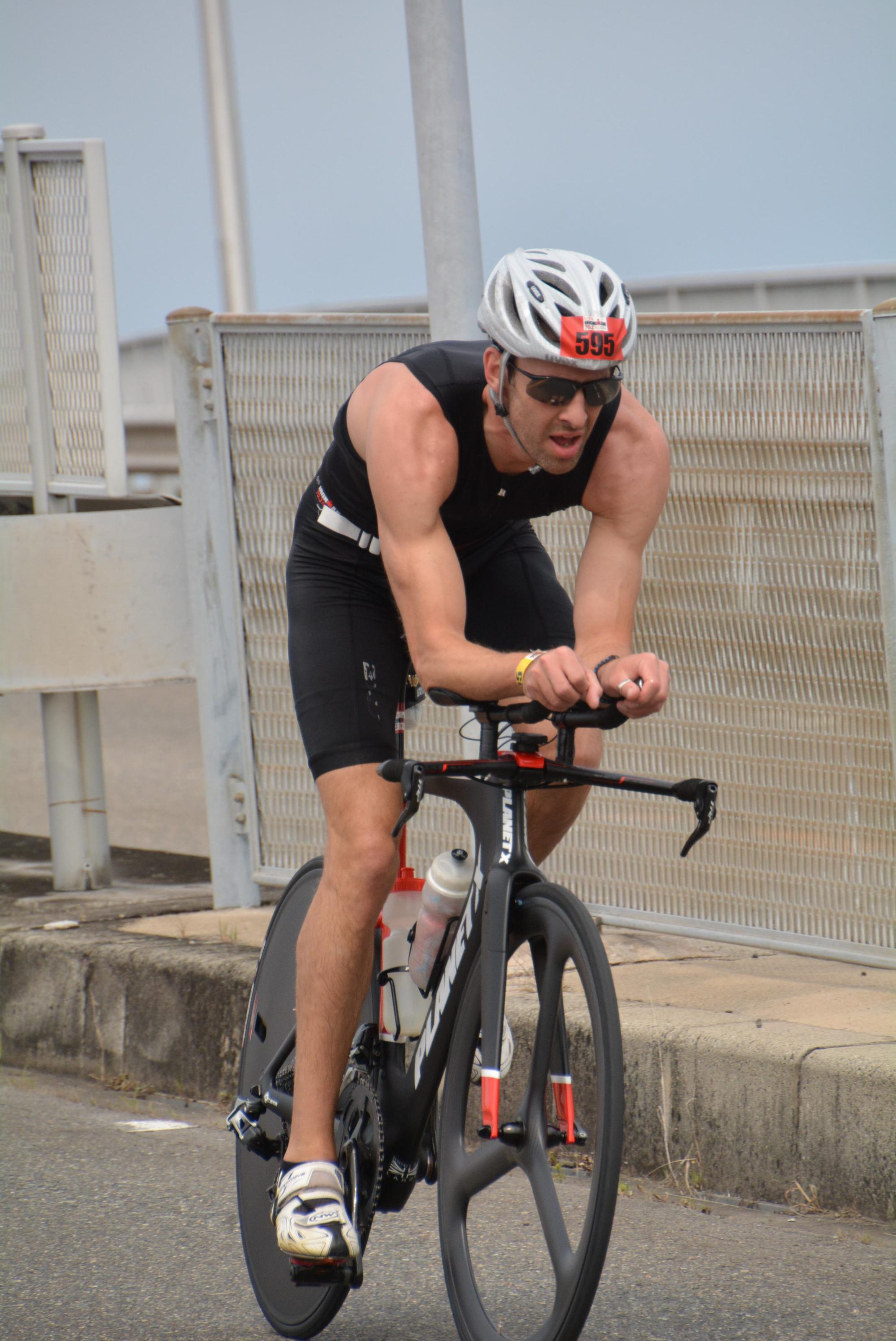 Before heading out into the countryside we ran around the athletic track at Handa Play Fields. This meant that I started off at a ridiculous pace until I reminded myself that this was not a Wednesday night track session and I had 20.5km still to run. I settled into a slight more sensible pace as the start of the run was a bit hillier than I expected. There were some long up-hills mixed in with equally long downhills to keep a reasonable average pace. One short and sharp up-hill had me thinking about walking but I kept on going and felt pretty good as we started the run down to the coast. Things started to go a bit dodgy at this point and I realized that I hadn’t drunk enough water on the bike and was starting to get stomach cramps and GI problems. This made the last 8-9km of the run very uncomfortable which was a shame as it was totally flat. As we came into the finish I saw another athlete ahead of me in the same age group but he was just out of reach after flying past me hours earlier on the bike. As I crossed the finish line it was announced that I was provisionally in 3rd place, which was an amazing feeling, tainted slightly by the urgent need for the portaloo!

The finish area was a little disappointing as most of the food and drink had to be purchased and my stomach wasn’t ready to accept anything except the free noodles, the beers would have to wait until later.

Overall I really enjoyed Ironman 70.3 Japan and was surprised to make the podium. I’d recommend the event but be aware that it is a unique course and the logistics on the Saturday can take some time. Thanks to coaches Annemarie and Fenella at The Swimlab, Tim Ballentine at Karbon Sports and training partners at Tritons Triathlon Club.

Lastly thanks to the amazing Heather Hutchings for embracing rule#12 // The correct number of bikes to own is n+1.