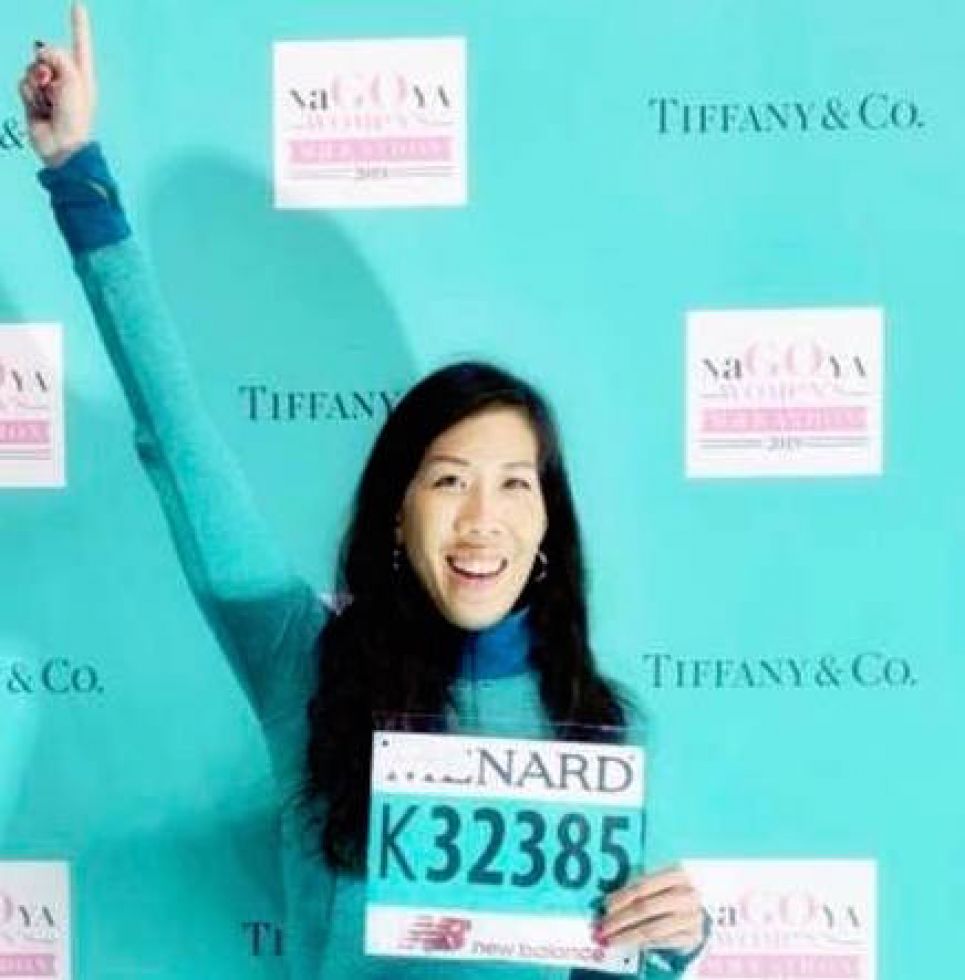 One word for this race:  Patience!

I’m naturally a very eager person.  If people go, I go!  If people go faster, I go faster!  It’s so easy to just get swept up in the excitement and energy of a race.  That’s how I know I’m an extrovert.  I get energy from my surroundings and environment.

This was my first marathon.  My next one will be attached as part of my full Ironman.  I really don't plan on doing anymore!

Coming into this race, I knew I didn’t train enough.  The longest I ran was 23.3K two weeks prior and everyone kept asking me if I'd run my 30+ training run.  Well, no, I didn't have time for that!  But, my triathlon coach was getting me to do a lot of intense intervals the two weeks leading up to this race and I had a lot of work travel.

I tested a few run strategies, such as a walk-run combination, or a steady HR build, flip flopping between really how I felt, but my coach was spot on - continuously run, non-stop, only slowing or walking aid stations as needed.  So here was my strategy going in.  I was focused on 3 metrics in order of priority:  Heart rate (HR), cadence, and time (for gel consumption only).  I turned off auto lap, so I had no idea how fast I was going, how far I've run or have to go, and what time it was.  They didn't matter to me because all I wanted to do was finish strong.  So here's how it was broken up:

Don't worry about time, distance, or anything else!

My fuelling strategy (also courtesy of my coach) was to have one gel before race, one gel at the one hour mark and then one every 30 minutes thereafter.  My other goal was to test running without music and just focusing on breathing.

The Japanese like to have later race starts than what I am used to, which is fantastic!  It means solid sleep and a good, hearty breakfast.  I woke at 6:15 am, set my water to boil as usual for my oatmeal, and went to get ready.  Unexpectedly, my period decided to greet me that morning, but I was prepared for it (I pack like a pharmacy).  I took two painkillers as the onset of cramps started and just hoped for the best!

I met my good (and equally crazy) friend Stacey and we headed out to take the subway together.  The underground was already teeming with racers, all carrying their uniquely marked street gear bags.  The subway was crowded, but the signage was clearly marked and volunteers were posted everywhere pointing out directions.  We made our way in an orderly fashion to the Nagoya Dome.  It was at this point that I realized that there were 3 races running simultaneously:  Women's full marathon, Nagoya City Half Marathon, and the Nagoya City Quarter Marathon (10K).  The place was packed full of amazing women, all stripping down into their race gear and getting ready.  We managed to do our bag drop (also very organized and in an orderly fashion) and went to the washrooms.  I can tell you, these race washrooms were the cleanest - ever!  There was ample toilet paper, there was one line where a volunteer was manning the front and a volunteer was manning the rear holding up a sign to ensure everyone got in line.  It was simply amazing to watch and experience Japanese organization at its finest!  The whole place was alive and buzzing with the excitement of the race and they had set up a stage and were doing warm ups as Stacey and I went to line up according to our finish times.

It was really all very exciting!  The race kicked off at 9:00 am sharp.  By the time I crossed the start timing mat, it was around 9:20 am.  I followed my race HR as closely as possible even though everyone was just zipping past me.  This is where self-control and patience were so critically important.

There were people lined all on the streets, waving and cheering!  Even the volunteers were sending us off, standing in line and waving and saluting as we passed.  The whole city was literally shut down for these races, with a helicopter out filming, cameras, and photographers everywhere.  I marvelled at all of it, taking in as much as I could because I was running pretty leisurely at that time.  By the time I hit 10K, I couldn't believe I was a quarter of the way there.  I felt as if it were just a warm up run.  I skipped the first few aid stations, but continued to enjoy the welcoming city of Nagoya.  There were 3 bands playing on the street on total, a few cheerleading squads scattered along the route, a few children's groups waving flags, groups of people dressed in everything you could think of, sailor moon and friends, Pikachu's, all the marvel characters, smurfs, fruits and vegetables, a group of Wally's, everything... literally.  It was so amusing to watch it all!

Somewhere between 10 and 20K, the Nagoya City Half Marathon caught up to us.  The first guy that buzzed through was so fast!  And then, the others followed.  I was both in awe and awareness that it was making me run faster, so I had to exercise a lot of patience to maintain HR.  There were some really talented runners there!  It's kind of funny how most of them were men, seeing as most of the women were already running the full marathon.

At 20K, I felt really good.  However, the rain had already started into a steady, dreary drizzle and it was so cold.  My fingers were numb and I couldn't open my gel packs, so I needed to use my teeth instead to tear them open! I'd forgotten my run gloves in my bag.  I remember seeing the 24K mark and thinking that from here on in, I would be making history for myself.  I was amazed at how good I was still feeling!

At 30K, I was still feeling pretty good, but my right knee started to tighten and mentally, it started getting difficult.  I remember seeing the lead runners pass on the other side thinking a turnaround could be near, but it took foreeeeeever until I hit it.  It was probably around 32K that I hit a wall, both physically and mentally.  I didn't stop, but needed something more.  My music!  Somehow, I'd lost one of the ear fitters to my jaybirds, so I had to settle for one ear, but I'll take it!  It spurred me back to life and I ran purely on feel and breathing, disregarding all other statistics at that time.  The next 7-8Ks were the fastest of my race.  I zipped past so many people, taking my usual longer strides and smiled for as many cameras as possible.  They have giant signage showing where the cameras are posted, so I'd casually make my way to that side of the street and opened my selection of fun poses.  It was so much fun!

When I hit 40K, my right knee was on fire.  It felt stiff and hard and simply didn't want to bend anymore.  Those last 2K were the hardest because I knew I was so close!  And when I finally entered the dome, I could only think of one thing - where was Dennis?  And then, I saw him!  Smiling and waving at me, filming the whole finish line experience.  I actually felt pretty good on the finish and was surprised I had made it.  I made it!  I ran a blooming 42.195K in one go!  And, the tears of relief came forth (as expected).  I was hiccupping as I collected my finishers' goods, including the gorgeous Tiffany's custom pendant.  I was so rushed to just get out, find Dennis, and go home that I didn't take any finisher's pics.  But that doesn't matter, I have the experience of it seared into memory and an overwhelming sense of gratitude for all the support and love around me.

To Dennis and my girls, without your support, I wouldn't be here.  To my sister-in-tribe, Stacey, for doing it together and laughing at our damaged knees.  To my coach, for constantly offering me steady and spot on guidance, wisdom, and positive thoughts.  To my family, for your love and belief in my crazy goals.  To my squad, for your likeminded appreciation and encouragement, because crazy is all relative.  To all my friends, for your enduring cheerleading and support.

And so closes another chapter to this fantastic personal journey and transformation.  I'm not sure I would run another marathon for fun.  I do prefer a half ironman instead, even though it takes me like 40% more time!  What's next?  Now, it's on to the full ironman.... You are now in the midst of the last and final chapter being written.  I can tell you, I'm super scared (and scared) and excited (and scared)!  Actually, more scared really... Hahaha .  But like this race, it will be worth it!

Congratulations to  fellow Triton Sophia Lai who was also running her first Marathon today. Soph was on fire, clocking an amazing 3:01 on the day! 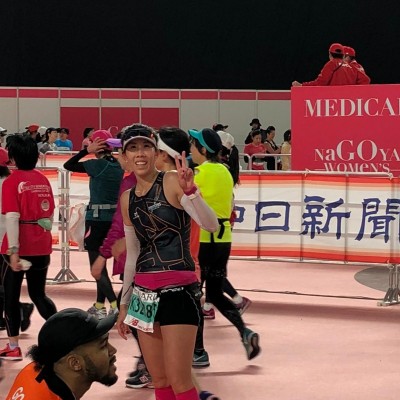 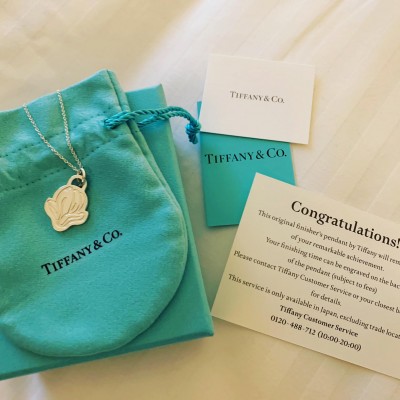 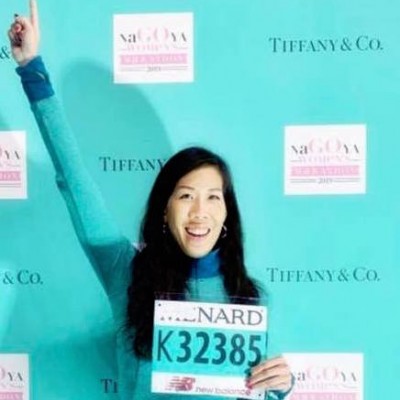 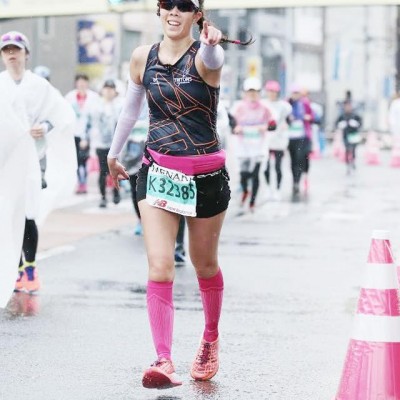 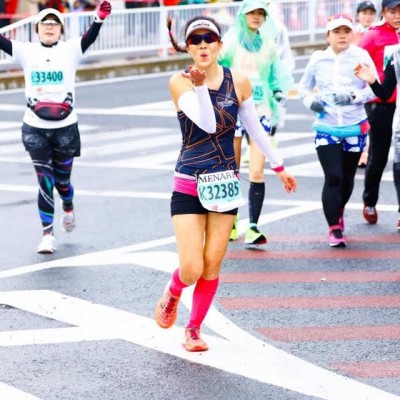