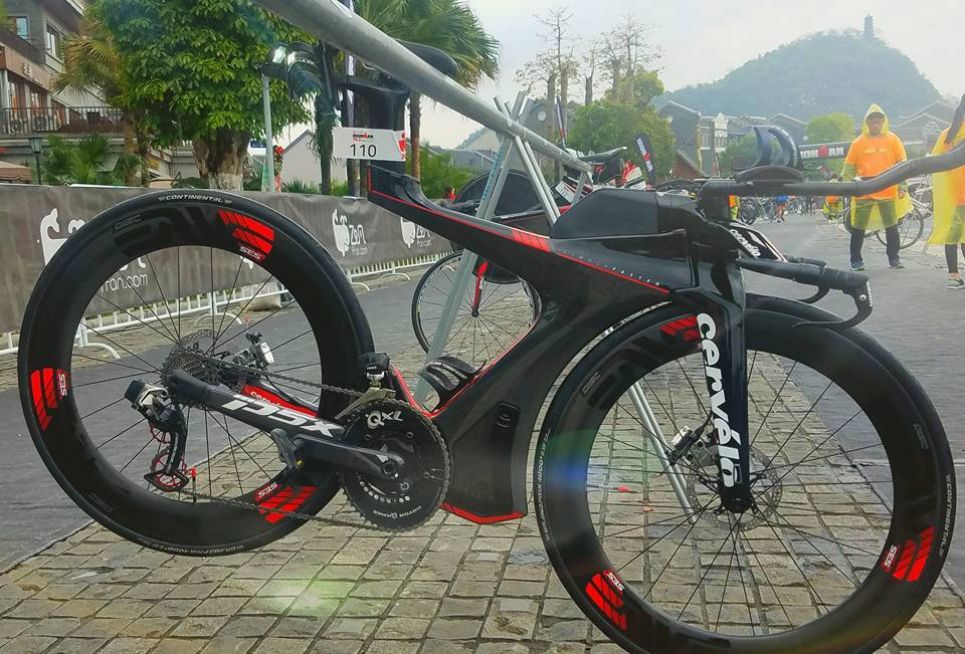 Congratulations to Robert Kushner, Raynard Picard and Mark Blick, who raced in the Liuzhou China 70.3. What a start to the season for them and for Tritons!

Liuzhou 70.3 Ironman was my 5th 70.3 Ironman in 11 months, and it was both my hardest race and best race so far since I got back into triathlons (after a 28 year break) last March. I went from a 6:03 in Vietnam last May to a 5:18 in this race with a 10th in AG overall and a 2nd in AG out of the water. It was my hardest race because I have been fighting a TFL strain, bursitis and crepitus issues in my hip since December. I had to cancel the Dubai Ironman in January, and I nearly cancelled this race as well, but I don’t like quitting, so I pushed through the pain.

The swim was a point-to-point down the Liu River with a current in our favor and a water temperature of 15C (brrrrr). The swim was beautiful with waterfalls along the shore. The swim favored open swimmers like me, as the buoys were moving around and hard to sight as opposed to the previous races where lane ropes were set out so anyone who could swim down a lane-pool could stay on course. I came out 2nd in AG.

T1 started with 81 steps and then a long run on uneven cobblestones. Once again, I am terribly slow at transitions and took over 7 mins (this is where I can cut time in the future)!

The bike course was beautiful; long open stretches of highway, curvy roads up and over hills with very fast winding descents and long stretches along the Liu River. It was fast and furious, but my hip gave me a lot of trouble, and my NP was 20w under what I’ve trained for at a 90km distance. I did a negative split for the last section because I thought that I would not even make the run, as my hip was hurting so much by 60km.

I started the run thinking that I would run as far as possible and then walk the rest. Comradery and a deep aversion to failure got me through the run! The 2-loop course allowed me to see and cheer my friends, slap hands as we ran by each other and re-motivate myself. Of course, seeing the fastest of the crew on the end of his first loop as I was 1km into my first loop could have been de-motivating, but knowing his skill level reminded me that I expected such anyway (thanks, Raynard Picard!) At the 7km mark I saw a buddy who was struggling with his hamstring (Martin was on his 18km at the time), and I cheered him on and realized that my hip pain, while bad, wasn’t as bad as his hamstring pain, so I persevered. I haven’t run more than 8km, except once, since December because of my hip, so by the 15km mark, my legs were in serious pain. I kept going. By 18km, I knew that I could finish and wouldn’t let myself walk. It was really painful – the hip was screaming, my thighs were shot, and my IT band felt like it tore off – but I picked up my pace. I sprinted the last 100m to finish strong!

Thank you, coach Kevin Clark who worked around the injuries and got me here. Thank you Annemarie Munk and Fen for getting me to a 2nd AG in the swim! 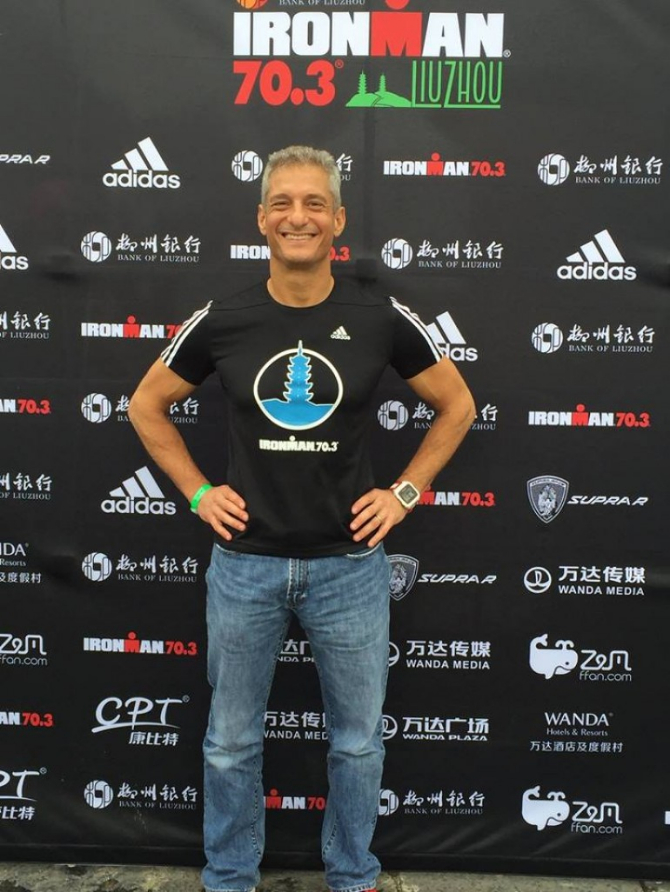 A great start of the year with Ironman 70.3 Liuzhou in China. I take back all the bad comments the day before the race (bad weather, traffic, pollution) , it was a great venue and weather turned to be as good as it can get, a great fast, clean course with beautiful scenery! Giving Kona slots in a half ironman it's not a common thing but it just raises the competition to a different level. There was a considerable number of very fit people travelling from all over the world jut to try to get a "short cut" into kona. That made this race particularly intresting...

Came off the bike in 3rd place in my AG to start a run that wasn't as flat as I thought, always running on false flats, either slightly up or down but cool weather helped not stopping or getting any water from aid station at all, I just ran as hard as I though I could hold the 21k - ran a 1:20 half marathon, (a new PB also here). 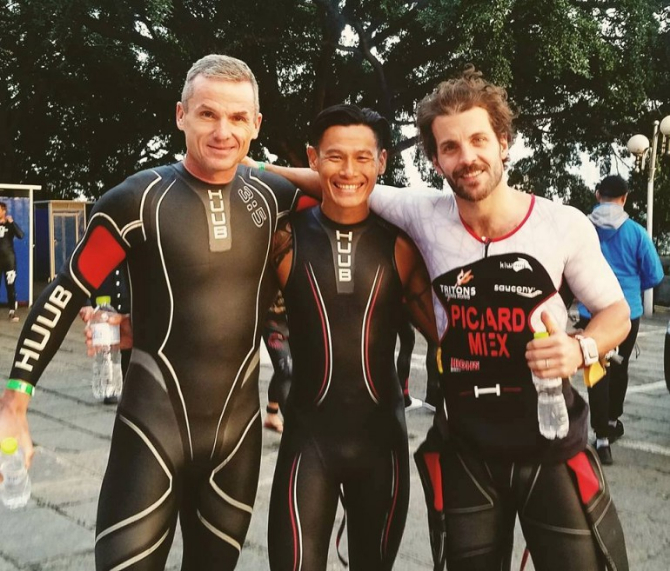 Finished with my fastest ever ironman 70.3 time of 4:06, first place in my AG and second overall amateur time and most importantly a Kona slot for October 2017.

Only thing I really missed on this race was my family at the finish line, I just feels weird to cross a finish line with out them. 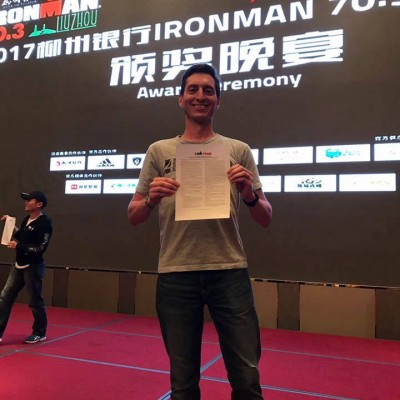 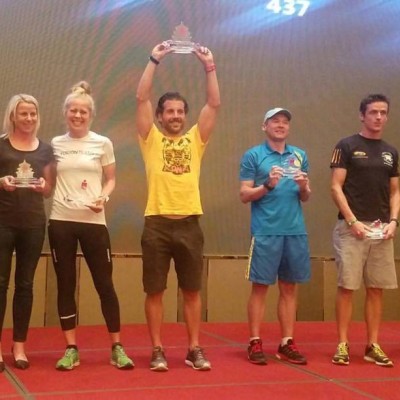 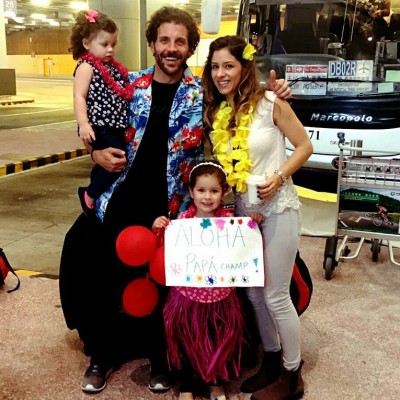 Congratulations to Raynard Picard and Mark Blick, who earned respectively their Kona and World 70.3 slots!